When it appeared in 2012, Snapchat was primarily seen as a photo-messaging platform mostly used by teens. However, over the last four years, it has gradually evolved into one of the most famous multimedia platforms.

Since a plethora of new, exciting features was added to it, the number of Snapchat’s users has been growing at an astounding pace. The recent research has proven that Snapchat is now the second favorite social network in the US, far outpacing Instagram, Pinterest, LinkedIn and Twitter. 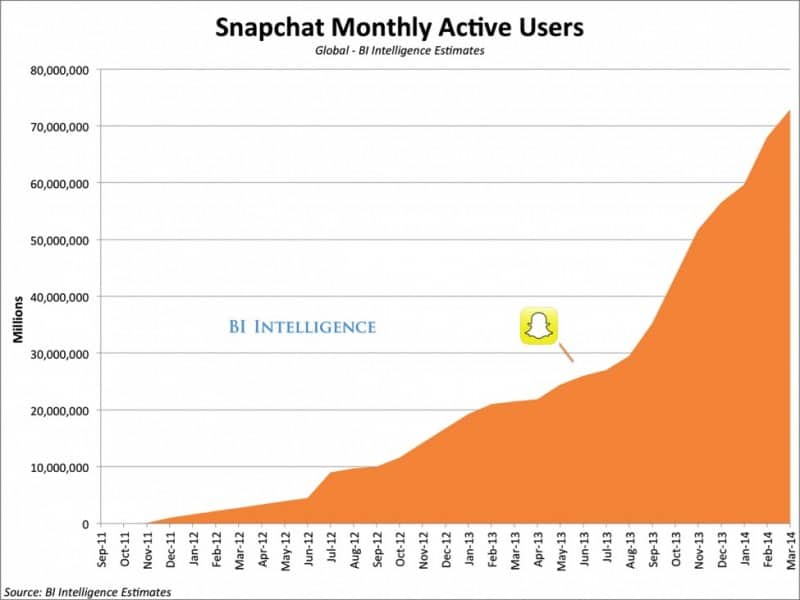 By gaining on functionality, the platform has helped numerous brands reach a wider audience and connect with their potential customers in a way that is cost-effective, but highly personal and engaging (which can play an immense role in your entire branding campaign).

Which Snapchat Features Can Help your Brand the Best?

Snapchat started off as an app enabling users to share messages that vanished right after being viewed for the first time. Even though people still use the app to post time-limited content, it is today recognized as a combination of private messaging and public posts that embraces brand networks, live events, and publications.

What attracted numerous famous brands to this platform is Snapchat Stories, a feature published in 2013, which allows them to post content that is available for an unlimited number of views over a 24-hour span. It enables users to make a collage – a series of photos and videos during a day and, in this way, create stories that are interesting to their users.

In 2015, Snapchat also introduced Discover, a daily feed that features content from numerous global brands including CNN, Vice, National Geographic and Yahoo News. Even though it is still mostly used by major conglomerates as means of their content promotion, this feature has started opening up for smaller brands, as well.

Building a Friendship with Customers

Snapchat isn’t about capturing the traditional Kodak moment. It’s about communicating with the full range of human emotion—not just what appears to be pretty or perfect.

In other words, the main difference between Snapchat and Instagram, for example, lies in its authenticity, although Instagram Stories are trying to change that. Before posting a photo on Facebook or Instagram, people take numerous selfies from practically any angle, choose the best one and then apply a variety of additional filters and adjustments. On the other hand, Snapchat is all about keeping it real. Here, it is realistic, unrehearsed and fun photos that always triumph over perfectly photoshopped ones.

One of the first companies that adopted Snapchat in their branding campaign was Everlane. Namely, they claim that Snapchat enabled them to further enhance their unique approach to transparency in a more original way than Facebook ever could:

Facebook is a spot for updating our community and having one on one conversations. But Snapchat is completely different. Snapchat gives us the chance to explore transparency in a completely new way. No fancy cameras. No editing. Just raw, live, footage. It’s beautiful, and it’s the platform for the modern generation.

Put simply, with Snapchat you are the one that creates a relationship with customers. You shouldn’t use it to generate likes, but to build a personal connection, or even a friendship with your target audience.

A solid content marketing strategy is the pillar of successful branding. Precisely because of this, you should never use Snapchat to create an ad or promote your latest deal. Use Facebook or Twitter for such purposes instead. The main goal of Snapchat is to bring people to the essence of your brand, enabling them to better understand it on a personal level. One of the best ways to do that is to tell our audience a series of exciting stories.

Among the best examples of how to do all that is, believe it or not, General Electric. So, how did this international conglomerate build an active presence on Snapchat? They’ve actually focused on using it to unveil their geeky personality and encourage people’s interest in science. Even though they’ve done the same on other social networks, such as Facebook and YouTube, it seems that Snapchat contributed to their campaign the most. Namely, they use the platform to answer their audience’s questions by explaining numerous scientific phenomena in a quick and witty manner. 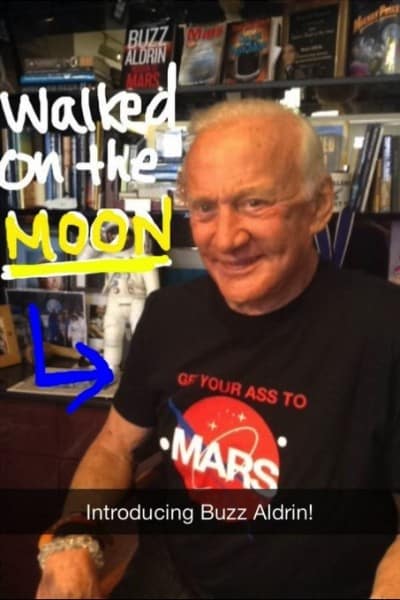 So far, General Electric has introduced an astronaut Buzz Aldrin to the younger target demographic for the 45th-anniversary celebration of their contribution to the 1969 moon landing. Along with that, they also published numerous puzzles, fun facts and brain teasers, as well as some regular content on their wide range of machines.

The disappearing nature of its content encourages repeat usage and provides us with a unique way to celebrate invention with an expanding community of young fans. – GE Global Director of Innovation, Sam Olstein.

One of the crucial aspects of company branding is showing your customers that you care about them. The only thing social networks changed here is the way in which you approach your customers.

Today, you can simply use Snapchat to provide your audience with the direct access to some trending live events, such as anniversaries, product launches, trade shows and other exclusive events. Most importantly, the mere fact that they’re getting an authentic feed would get them excited.

1) Offer private, exclusive content. This way, you will show your customers that their opinions and involvement are all that matters to you. A perfect example of this is numerous fashion brands like Rebecca Minkoff and Michael Kors that resorted to Snapchat to give an exclusive sneak-peak of the latest collection before it even appeared on the runaway.

2) Try to promote something relevant to your audience. The content you offer needs to be your customers’ interest. They would always appreciate to see something that cannot be found on other social networks, such as the overall atmosphere in your company, your unique culture, the latest product innovations, as well as who your CEO and employees are. The marketing team of Warnaby Parker uses Snapchat not only for showcasing their products, but also as a communicative thread between the audience and the company’s co-founder Neil Blumenthal.

3) If you are throwing a huge event, post a series of live videos from it. For example, the NBA resorted to Snapchat as a perfect real-time social media platform in order to promote its numerous live events. In 2014, Snapchat users were able to watch L.A. Clippers star Chris Paul’s up-close snaps of the Slam Dunk Contest.

What to Pay Attention to?

Naturally, creating a branding campaign on Snapchat requires building a solid plan first. Apart from the content you’re planning to publish, you also need to know how this entire platform operates, as well as whom to team up with in order to boost the number of your followers. However, this may be pretty complicated. Even though you need to have the entire plan at your disposal, you still need to seem spontaneous and relaxed.

1) Choose your ID smart. When you decide to start using Snapchat, you need to know that your followers need to type in the exact brand name in order to find you. This is why you need to make your ID as simple and logical as possible.

2) Team up with an influencer. As always, the most popular sponsorship relationship remains turning to influencers for aid. One of the methods in which they could help is by making a short series of fun-filled adventures to associate your brand with. For example, a snack company Modelez used this strategy to promote its new Sour Patch Kids candy brand. In 2014, they started a “Real-life Sour Patch Kid” campaign in collaboration with Logan Paul, a social media influencer, who spent several days making pranks around NYC and posting them via Snapchat.

3) Sponsor a story. Last, but not the least important, Snapchat’s Our Stories feature gathers various user stories for short local streams. These stories are accessible only for a limited time span and only to those who find themselves in the area. A montage of user-generated clips known as a New York City Story is a perfect example of how this works. Brands can buy add space here and thus initiate a promising local campaign.

It’s in our nature to have a sense for things that seem genuine and those that do not. The way in which Snapchat works is quite organic. Conversations linger almost as long as those that take place in the physical world, and images don’t stay on this platform longer than in our memory.

All of this may just seem as nothing more than an ultimate manifestation of our personalities achieving a deeper connection and understanding with the digital world. Be as it may, approaching one’s clients from this sentimental and deeply psychological side may turn out to be subtler and more effective than most of your other digital marketing endeavors. This and much more make Snapchat a force to be reckoned with.