Cinebond.Me, an app that helps you find the right match to go to the cinema with, launched its Android app just last week at the Star Wars midnight premier in Zagreb, the city both founders are based! The force is strong with this .Me app, it seems! In cooperation with the Croatian Star Wars fan club, Mos Croatia Spaceport, Cinebond.Me launched at the premier showing of the new Star Wars: Episode VII The Force Awakens movie, that took place at the Zagreb Cineplexx theater on December 17th.As we already wrote in the introductory article on Cinebond.

As we already wrote in the introductory article about Cinebond.Me, the app was developed by young Croatian film director Dominik Sedlar and his friend and co-founder Domagoj Delimar who has been active for some time in the local technology and startup community. It was this experience that gave the two a launchpad to create an app that can help moviegoers find new friends to go to the cinema with. While we doubt that anyone would pass up an opportunity to see the new Star Wars movie, launching the new app at the same time proved to be a great combination.

It has gotten Cinebond.Me its first users in Southeastern Europe, at least for the Android app that they launched at the event. Available on the Google Play Store, Cinebond.Me for Android gives users all the functionality of a matchmaking app with the sole purpose of finding the person you’re going to see a popular movie with: 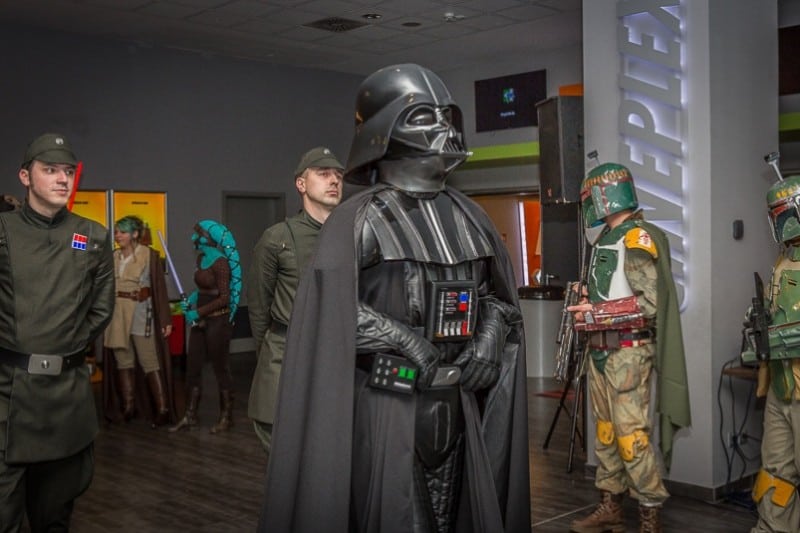 Since we do know how the app works, its functionality wasn’t a mystery. We did however learn how to do an app launch – the right way:

What Did We Learn at the Premiere?

Cinebond.Me co-founder Delimar greeted all the guests with a welcome speech, emphasizing that while the Android app was already available, its iPhone counterpart was on its way to the App Store. We can’t wait to try out Cinebond.Me for iOS and Android next time we go to the movies… What about you?

P.S. Spoiler: Our very own Ivan decided to join the dark side: 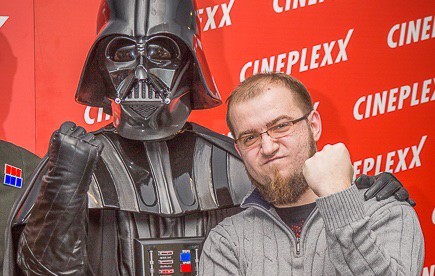