All of us who have ever played with building blocks know how fun it can be. Although there are instructions with every set of blocks, the real fun was getting your hands on the bucket full of (free range)blocks. It allowed us to let our imagination run wild, and we could build anything we  imagined. It is too bad that more things aren’t like that anymore, allowing you to just play and learn and use your imagination. Oh, wait, here’s Kano.me. 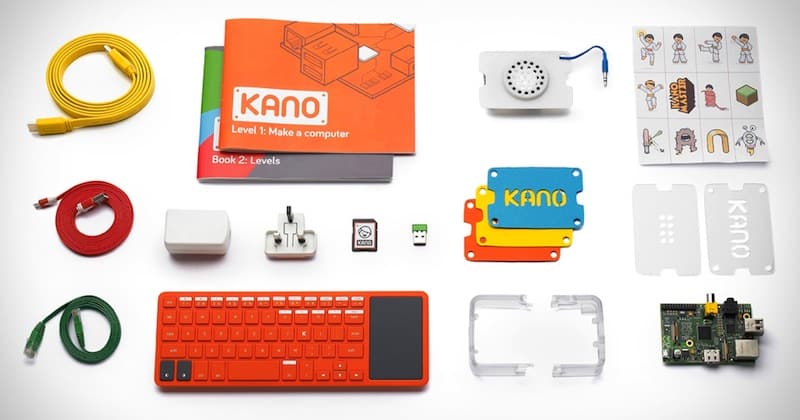 Kano is a DIY computer kit that is designed to help people of all ages assemble a computer from scratch and learn basic coding skills. It can be made by children as young as age six. However, many of us aren’t that tech savvy as we like to think we are, so this is a good start to learn coding or even refresh our memory when it comes to components of a motherboard. So for a change, instead of buying a new shiny pre-packed and ready-assembled computer, why don’t we buy something to make ourselves and have fun with?

The idea was developed by Alex Klein, Yonatan Raz-Fridman and Saul Klein, with a help of Alex’s 7-year old cousin who gave them pointers on how to make computer assembly fun. With its playful design and need for physical construction, it is able to catch people’s and kid’s attention. Instructions are simple, but it is not just fun, it is also a learning device that will introduce kids (and anyone else) to computer science. And it only costs $129.

Kano is based on Raspberry Pi, a credit card-sized single-board computer. Founders collaborated with Codeacademy and had ideation workshops around the world with parents, teachers and their target group – kids. After polishing the product, creating their own Raspberry Pi operating system, hardware add-ons and plug-and-play design it was ready for production. A

Although it may seem that this idea has been on the market for a long time, it was thought of only a little over a year ago, in November of 2012. Kano had its Kickstarter campaign in November of 2013 and it raised over $1.5 million, which launched its mass production. Kickstarter campaign target was $100,000, which they hit in just 18 hours. It is the most crowdfunded learning invention on Kickstarter ever and one of the most funded in general. Among backers of this project were co founder of Kickstarter Yancey Strickler and co-founder of Apple Steve Wozniak, who both preordered a kit. 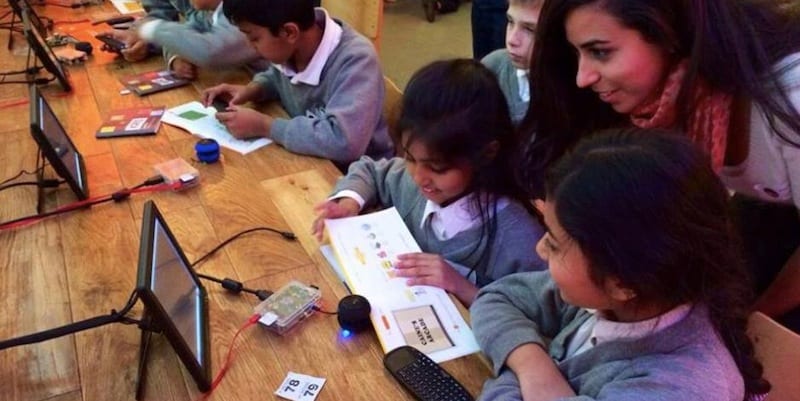 Although there is a booklet that accompanies the kit, one of the main ideas was to make the learning fun and assembly easy. Although I am personally among the newer generations that take a stab at a new gadget without reading the instructions, older generations are not that bold. So in a way, maybe the booklet is for parents who bought Kano for their kids? Well, who knows, but kids usually skip the instruction manual. Soon enough, parents have kids that are fiddling with coding of familiar games like Pong, Minecraft or Snake.

Being tech savvy is a must today. You don’t have to be a genius, but knowing a few basic things can help a lot. Today, we swipe, touch and click on our gadgets, but we rarely know or understand what happens behind the screen. Kano is here to help you and (your) kids to understand what happens behind it. It is fun, it is educational, and reasonably priced, so what are you waiting for?