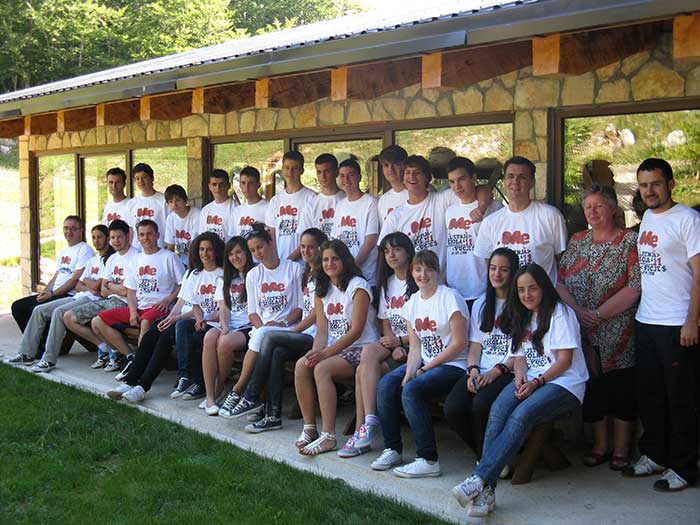 Podgorica, Montenegro, July 4, 20111 – For a third year in a row .ME Registry has been the main sponsor of the Summer School of Computer Science, renowned for brushing up the informatics knowledge and discovering future developers in Montenegro. This year event took place in Vucje from June 20 -27 and was the final preparation of talented high-schoolers for the biggest challenge in their life so far – International Olympiad in Informatics hosted by Pattaya City Thailand (July 22-29, 2011).
Chief summer school lecturers were professors from the Faculty of Mathematics and Natural Sciences and they divided students in two groups based on their skills level. In addition to future contestants (Vuk Pejovic, Lazar Radinovic , Luka Bulatovic and Kosta Pavlovic) the first group included  five top-ranked contestants of state competition in Informatics. As for the second group, it was composed of beginners who are yet to acquire skills in order to be able to compete. In the end, fourteen enthusiastic students were elected for this course of demystifying programming secrets (not to mention that 11 of them were girls).
“We are very proud to send these talented, young people to compete at the international level. These students are future of Montenegro and there is no better place to unlock their potential than Olympiad in Thailand”, says Predrag Lesic, chief executive director of .ME Registry. “When they come back we expect to see them even more passsionate about programming!” adds Lesic.
The first test before hopping on the plane for Thailand will be the Balkan Olympiad in Informatics in Romania from 3-9 July. Let us wish them luck!
To visit the official website of the International Olympiad in Informatics go to http://www.ioi2011.or.th/.
To learn more about .ME domains and clever examples of their usage visit .ME blog at http://www.domain.me/blog/

100% Internet geek. Committed to sharing important company announcements and helping my .ME fellows leave their mark online. In love with all things social media and always up for a chat. Contact ME at @domainME.