It’s another new day and you start your morning the usual way – by surfing the web. You grab your smartphone or open your laptop, in which case you probably turn on some music on YouTube. Scroll down Facebook, like a couple of photos on Instagram, laugh at few memes, check the latest news, and that basically sums up your everyday rise-and-shine routine.

The Internet has become an integral part of our lives and it has fundamentally changed the way we think, learn, progress, and connect. However, we rarely take the time to appreciate just how amazing and groundbreaking its development was (and is) for the humanity. We often take internet access for granted and don’t really think about its nuts and bolts.

For a non-techy person, the notion of the Internet is quite abstract and borderline magical. Think about it: you type in something in your browser and then the look of your screen changes within a few seconds; you’re free to interact with and consume content of millions of published websites, shop, enjoy social networks and other online services.

The Internet has become an integral part of our lives and it has fundamentally changed the way we think, learn, progress, and connect.

But in order to function properly, every entity has to be governed, right?

Have you ever wondered who actually “runs” the Internet? Despite some conspiracy theories, it is not the Masons.

What is Internet Governance Exactly?

Internet governance implies the ongoing process of development and the application of the agreed rules and norms, decision-making procedures, and programs that directly influence and shape the Internet as we know it.

By nature, the Internet is inclusive and public. One of the most important principles it relies on is net neutrality that invites all Internet service providers to treat all data equally and never discriminate or charge differently by taking in mind the specific group of users, content, website, application, etc.

In its core, this principle insists on treating all online traffic the same. It is more of an invitation of goodwill, not necessarily legally binding, which is why some companies choose to ignore it for personal gains. However, there has also been legal enforcement of it, mainly to prevent the abuse of power which could result in subsidizing Internet use on specific sites.

We all know (or we can at least glimpse) just how complex and widespread Internet infrastructure is. Take in mind local area networks or transcontinental connections. These are usually privately owned, which creates new challenges in terms of protecting the public interest.

Currently, the decentralized structure takes place, which means the power of governance is divided. As the Internet Corporation for Assigned Names and Numbers (ICANN) has stated,

No one person, company, organization or government runs the Internet. The internet itself is a globally distributed computer network comprised of many voluntarily interconnected autonomous networks.

Similarly, its governance is conducted by a decentralized and international multi-stakeholder network of interconnected autonomous groups drawing from civil society, the private sector, governments, the academic and research communities, and national and international organizations. They work cooperatively from their respective roles to create shared policies and standards that maintain the Internet’s global interoperability for the public good.

Now, let’s dive in deeper to explain how this responsibility is shared today. 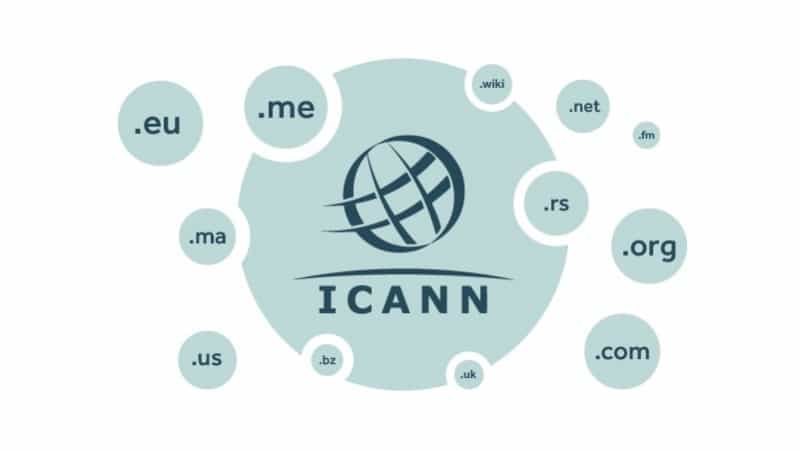 Who Runs the Internet, Then?

In terms of Internet governance, a lot has changed since its first days from the late 1960s.

As you probably know, the Internet started as a government project and its pioneers never intended for it to grow on a global scale and become publicly available. First domain names were created in an attempt to create order out of chaos; as the global network grew, things started to change.

Fast forward to mid-nineties and there is a so-called “DNS war” at stake. At the time, the US National Science Foundation was responsible for the maintenance of the key infrastructure for the Internet. This entity decided to give over the management of the domain name system to a privately held company, which caused controversy and grew into a scandal. The Internet community was not pleased and all of this lead to the outbreak of the above mentioned DNS war.

However, there was a positive outcome of this. New entities made their appearance on the scene – nation-states and international organizations. Finally, in 1998 the Internet Corporation for Assigned Names and Numbers (ICANN) was founded.

ICANN is primarily responsible for DNS management and handling databases related to namespaces. And that’s just a fraction of what the organization does. ICANN is devoted to ensuring the network remains stable and its operations secure, it’s committed to preserving the operational stability of the Internet, and developing appropriate, progress-driven policies, for the public good.

Before ICANN was established, there was another organization called Internet Assigned Numbers Authority (IANA), administered principally by Jon Postel at the Information Sciences Institute, University of Southern California.

Today, IANA is a subsidiary of ICANN and it plays a key role in IP address allocation.

The Internet relies on its main technical standard called TCP/IP (Transmission Control Protocol/Internet Protocol) which measures how much data has moved through the network.

In terms of Internet governance, a lot has changed since its first days from the late 1960s. As you probably know, the Internet started as a government project and its pioneers never intended for it to grow on a global scale and become publicly available.

On the other hand, the Internet Engineering Task Force (IETF) is responsible for carefully introducing new standards that comprise TCP/IP, and pushing Internet forward.

Of course, the entities mentioned in this segment are not the only ones that participate in making the Internet a better place; the list is far more extensive and it’s impossible to cover all of them in one single article.

It is Called a Global Community for a Reason

As the Internet continued to grow, the issue of Internet governance followed.

A multistakeholder policy framework needed to be developed as it was essential to balance the influence of non-governmental and governmental entities.

At the beginning of the 21st century, Working Group of Internet Governance (WGIG), a United Nations multi-stakeholder working group was founded. It was intended to act as a mediator. Experts were gathered in order to form an advisory body and support the key stakeholders in agreeing about the future of Internet governance.

Companies, civil societies, and individuals play an important role in the development of the Internet, both in technical and economic sense. Any skilled developer can work on the back-end of the Internet.

The Internet Governance Forum was established in 2006, and it represented one of the most significant breakthroughs in terms of opening and nurturing an international dialogue about the global network.

Countries around the world also have their say regarding Internet governance. They can publish Internet-related policies and control access to the network. Probably the best-known example for this is North Korea which, under a dictatorship, has an extremely limited access to the outside world.

Companies, civil societies, and individuals play an important role in the development of the Internet, both in technical and economic sense. Any skilled developer can work on the back-end of the Internet.

So, the Internet is not called a global community for no reason.

Domain name companies (both registries and registrars, like yours truly Domain.me) are highly dependable on ICANN’s and other organizations’ policies, and so are Internet Service providers and software companies. We are all connected.

Of course, there are still disagreements and a lot of examples of non-uniformity in terms of how Internet should serve people and who has the credibles to take the role of a decision-maker.

Nonetheless, the Internet will undoubtedly remain one of humans’ greatest achievements and like all great inventions – it has got to the place it is thanks to the collective work of many people, throughout different generations. And we at Domain.me are proud to be a small piece of this magnificent puzzle.