Editor’s Note: Unfortunately, Facebook Creative Labs department was shut down back in 2005, so Sling.me service is no longer available.

We started this week with Forget.Me and the idea and the debate about internet oblivion, so we’re going to continue in a similar fashion. Although the idea of “what happens on internet stays there forever” is still strong, it shows its first signs of stumbling, especially in a way that we communicate. There is an old proverb that one picture is worth a thousand words, so it is not surprising that often we communicate with pictures only. But sometimes, willingly and unwillingly, we take photos that we want deleted after some time. So what happens? Sling.Me happens.

If you are not familiar with Sling.Me let’s just say that you missed the story of the year. The application is called Slingshot, and with it you can create and share pictures and videos with one or more of your friends that will eventually be erased from the cyberspace. Sounds a lot like Snapchat? Well, the story that we mentioned before was that Slingshot is Facebook’s answer to Snapchat.It all started after Facebook tried to buy Snapchat, and failed even after offering three billion dollars. Six months in development, and Slingshot is born.

However, another small stumble happened during the launch on the app store. It was accidentally launched before it was supposed to, so it was withdrawn from the store, to be launched several days later. This is a second app from the Facebook Creative Labs, after Poke, now deleted app that had similar features. So is Slingshot another clone that tries to improve upon its predecessor? Well, yes and no.

Design and manageability of Poke and Slingshot are vastly different, with Slingshot being much more elegant “successor”. So the question is what it makes it different from Snapchat? Although there are many similarities, the biggest one is that Slingshot will make you creative. How exactly? After you receive shots from your friends, you can’t view them immediately. Instead, you must send them back a return shot to unlock it. Yup, they are forcing you to interact and engage with your friends.

Although we applaud this kind of interactivity in the world where all entertainment and information is passively consumed, it leaves the question of how much it can backfire. In this app you can have pictures, videos, emojis, drawings, reactions but you can’t have instant gratification. However, this means that your work that you put into your little creation will not go unnoticed and worked for. Sure, it is not a hard work, but little amounts of appreciation are always welcomed. 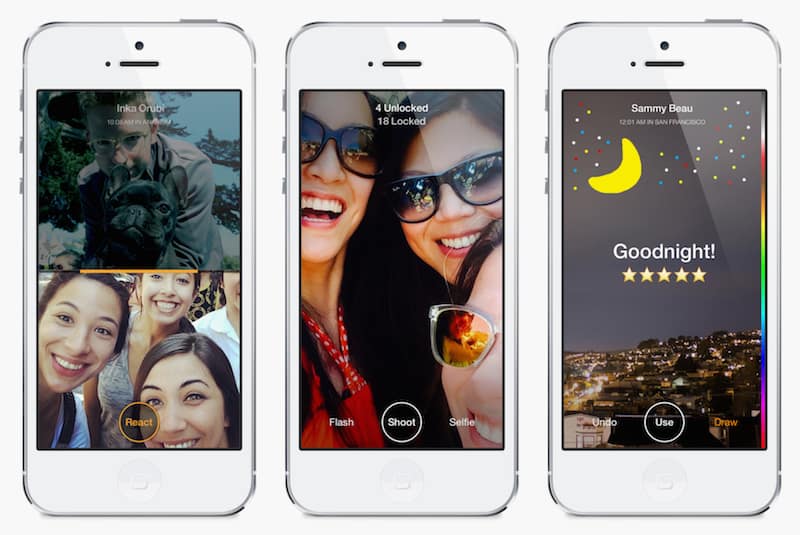 The app itself is pretty straightforward and simple to use. After download, entering your phone number and swiping through a bunch of quick tips you will enter a camera view. It is the default view that you will always see when you enter Slingshot. However, kudos to Facebook for including mini contacts making sure that this is not just an app for the users of the social media. There you can add friends by manually searching for names.

Although Sling.Me may appear like a Snapchat clone, its simplicity and the fact that it makes us interactively work for our content, seems like an idea that could launch it into successful orbit. Or it can be its doom. Time will tell. But whatever your stance on this issue is, download the app and give it a shot.