After a lot of talk to watch this, read that or look at this steampunk themed stuff, this time we’re going to show you how in everyday life, or special occasions, you can very convincingly look like you dropped out of some steampunk fairy tale. Or horror movie. Whatever your preferences are. Hey, if Prada went to steampunk inspired menswear last fall, it is only the matter of time for the rest to catch up. 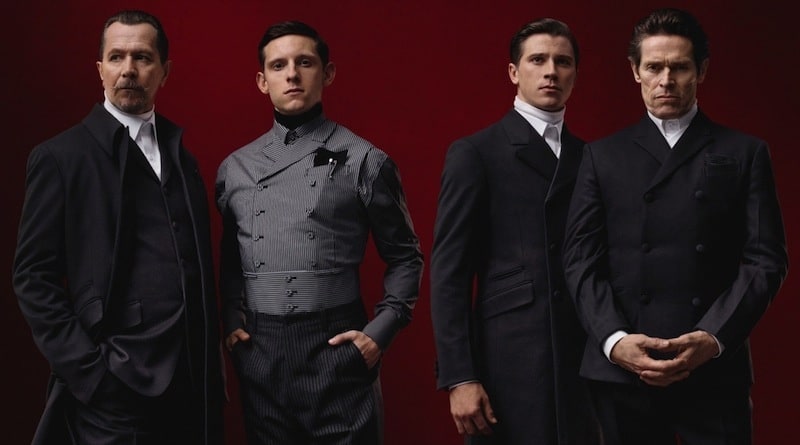 Since whole premise of steampunk is that it is inspired by first industrial revolution and steam powered technology, a lot of its image is derived or inspired from that era. 19th century is time when Victorian Britain was dominating in Europe and some other parts of the world, while Americas were in the middle of discovering the Wild West. If you know how those historic periods looked like, you’re halfway there. Add some Art Noveau and you’re very close. To quote G.D. Falksen:

Steampunk fashion is about creating an outfit that delights the senses, entertains the wearer, and engages the viewer.

So, what does that exactly mean? Ladies and gentlemen, if you prefer simplicity and comfortable clothing, this fashion expression probably isn’t for you. Today, one of the almost forgotten clothing items form that period are corsets. How else did you think our ancestors achieved thin waists without any exercise? But, just like today, even then there were differences between classes and generations. Still, think Victorian, but not after 1930’s. 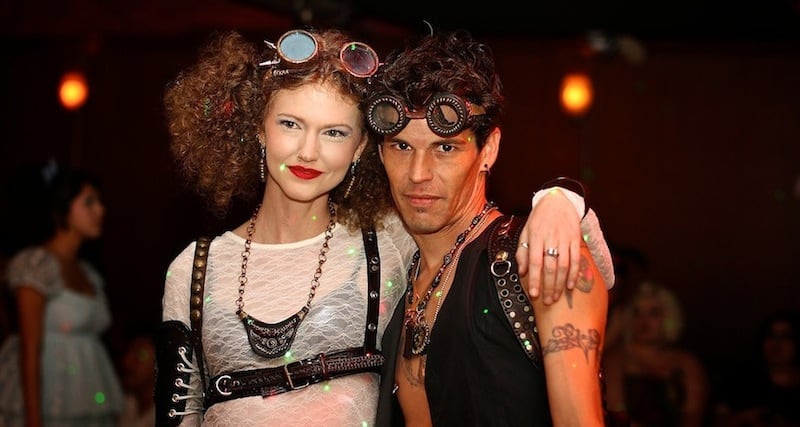 Engineer or explorer will have a different look than aristocrat or air pirate. If you don’t know what direction to take, there is one little quiz that can help you steer your style. If you are wondering, I personally ended as an Aristocrat. Not everybody needs giant prosthesis, brass googles or waistcoats. However, steampunk fashion is areproduction of real-world fashion. If you think that you went too Victorian, don’t worry, it’s the sign you’re doing it right.

Usually, when you think of ladies and steampunk fashion you think of corsets, undergarments and long dresses. Men on the other hand are connected with top hats, coats and mustache. Gowns, vests, spats, military garments are just examples of some other articles of clothing that can help you recreate the look. But just like steampunk in general, it tends to synthesize modern styles with Victorian era.

Just like any other geek domain, steampunk has set framework for your exploration, but you can make a lot of variations from it. Although modern items that are modified to look steampunk use materials, or look like they are modified with, polished brass, iron, wood, or leather, fashion goes beyond that. There is no such thing as steampunk palette of colors, but I will stop you at neon. Being only in black, brown, grey, leather or having intricate patterns is not mandatory. However that does not mean that hat choice is wrong.

Combining It With Accessories And Technology

You can stop dressing after you have layered yourself in clothes, but for those who are adventurous and love adding some flare with accessories, here are some tips. Previously mentioned top hats are for both genders, as are corsets. However, talking historically accurate, male corsets were worn underneath the clothes, while female are worn over the lingerie, often with very interesting add-ons. Brooches, hair pins, pocket watches with chains, canes, harnesses of all kinds, monocles… Just think Victorian and then add some more.

If you’re still not sure how you should look or dress, Steampunk Emporium and Clockwork Couture are great places to buy clothing items, or get inspired by. For those who think that I forgot about ray guns, flying/driving googles and the rest of the technology, I haven’t. You can add your cell-phones, music players or any other modern day gadgets to you outfit. Only condition is that they are modified to have Victorian-made look. But more about that in the next installment.

Phew, it is not easy trying to be Anna Wintour of the steampunk world. With less evil, I hope. In the next and penultimate installment of Steampunk Summer, we’ll talk about gadgets and the rest of the visual things that you can take/make/display yourself. Until then, I hope you have enjoyed this fashion edition.