Continuing with the tradition of investing in STEM education, .ME is organizing the 7th Summer Programing School in cooperation with Faculty of Natural Science and Mathematics. Twenty primary and high school students interested in programing will have the opportunity to stretch their limits and expand their knowledge by attending the Summer School of Programing, which is being held in Kolasin, from July 5th to 13th.

The choice of Kolasin as the host city is not a coincidence. Students from Kolasin, lead by Teacher Goran Zivkovic, from the Secondary Comprehensive School “Braca Selic”, have been among the best in the state, in programming competitions over the past six years. In a nod to their service, Kolasin has the privilege of hosting the Summer Programing School for the third time.

Aside from that, Kolasin is one of the most beautiful Montenegrin northern cities and students will enjoy several group outings: hiking tours around Kolasin, visit to the botanical garden, visit to the National Park “Biogradska gora” and a one-day outing to the National Park “Durmitor”. Also, different sports and entertainment activities are planned, such as soccer and basketball games, badminton, karaoke, quiz shows, etc. Of course, like every year, we expect the Wimbledon tennis tournament to receive its due attention here as well. 🙂 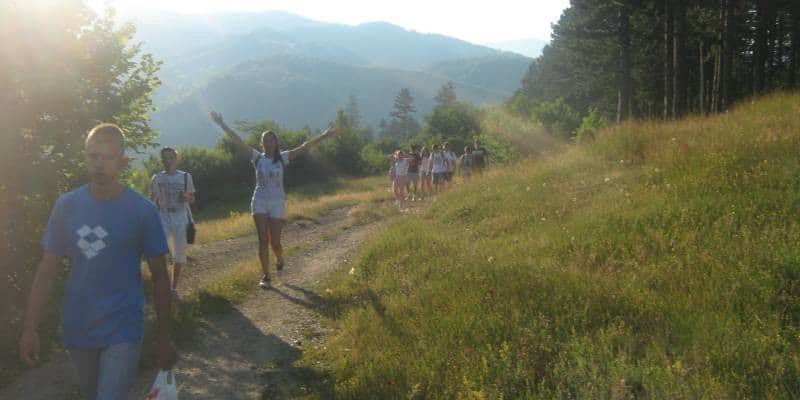 Students participating in the School have, depending on the previous level of knowledge they possess and their age, been divided into two groups. The first group is composed of primary school pupils, who attended the Programming School, during the school year of 2014/2015, and who displayed the most knowledge during the school and achieved the best results in programming competitions.

Members of the advanced group have been selected based on the results from the Knowledge Olympiad and the state competition. The advanced group has been divided into two categories: students with more than one year of experience in programming and those with a one-year experience.

Over the course of seven days, members of the beginners’ group will be introduced to the world of advanced algorithms and programs. They will learn how to analyze a problem, in what way to break down a complex problem into simpler components and how to write an optimal programming code for each of those components. Lessons will be organized into three 90-minute blocks, two blocks in the morning and one in the afternoon. 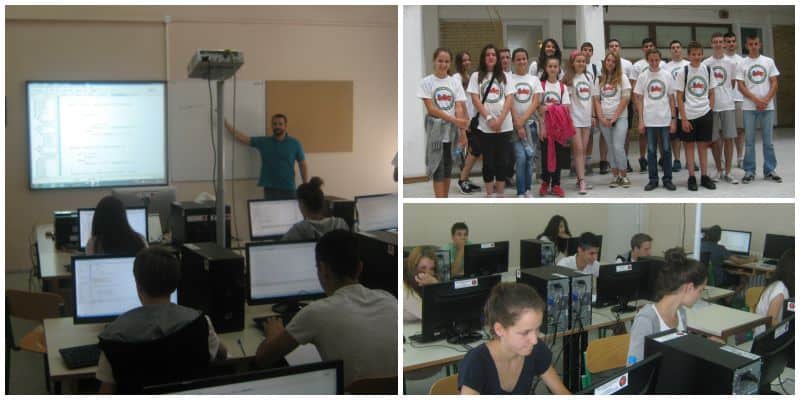 Team working with the students consists of professors, assistants and students of the Faculty of Natural Science and Mathematics of the University of Montenegro: Goran Sukovic, Aleksandar Popovic, Savo Tomovic, Kosta Pavlovic, Luka Bulatovic and Ivan Pleskonjic, as well former competitors and participants in the first Summer Schools, now students of the PMF: Kosta Pavlovic and Ivan Pleskonjic.

Special gratitude of the organisers goes to the headmaster of the Secondary Comprehensive School “Braca Selic”, Zvonko Perovic, and teacher Goran Zivkovic, who provided excellent working conditions. Their efforts, along with the traditional Kolasin hospitality, set new standards for the organisation of the future Summer Schools.

Taking into account their previous achievements, we believe most of the students will display a high level of knowledge in solving algorithmic problems and follow the demanding training program without any problems. Above all, we want them to learn, have fun and maybe, one day, join us as mentors, like Kosta and Ivan did.