Travel blogging has come a long way and is bigger than even, but do you need to ‘blog’ in order to be a travel ‘blogger’? While it might seem obvious, lots of travelers; such as the popular Jack and Lorren with over 3 million followers, are opting instead to focus on Instagram and other social media networks. The question is: Can you truly become a travel blogger – JUST on social media?

While we started this series out writing about travel blogging, we’re going back and covering social media, a starting place for a lot of you who want to make money traveling the world. Social media networks and their reach have proved invaluable to bloggers in helping them increase their reach to new audiences, but for a new generation – it seems that travel social networking is a goal in itself. For Instagram travelers like Jack and Lauren, there is no apparent need to build a blog or website. Why blog, when you can post a photo on Instagram, tweet or start a Facebook live video – acquiring 1000s of fans and followers? 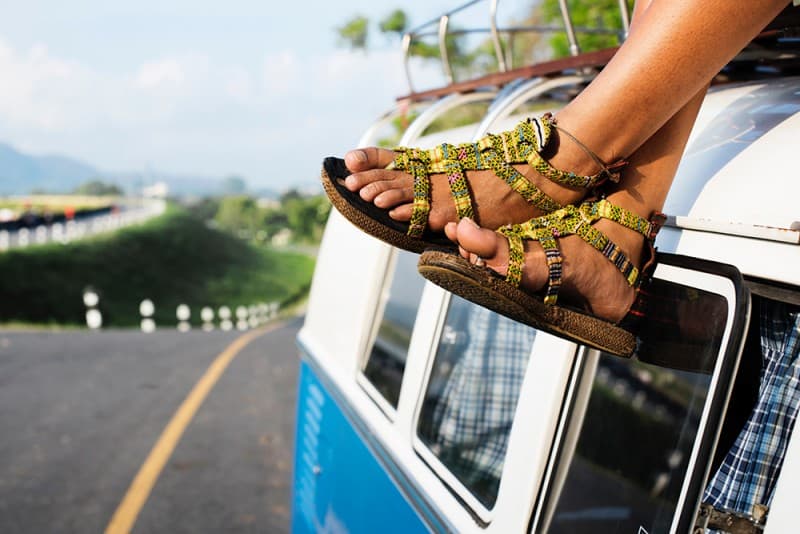 Social media platforms such as Twitter, Facebook, and Instagram have audiences of millions and – for most – are far easier to understand and “master”. Tactics such as follow-like-like (where you like a couple of posts and follow a person in order to have them follow you back) and using hashtags are now so widespread that there are dozens of apps such as Tagomatic both on the iOS and Android app stores that for example suggest hashtags to use. 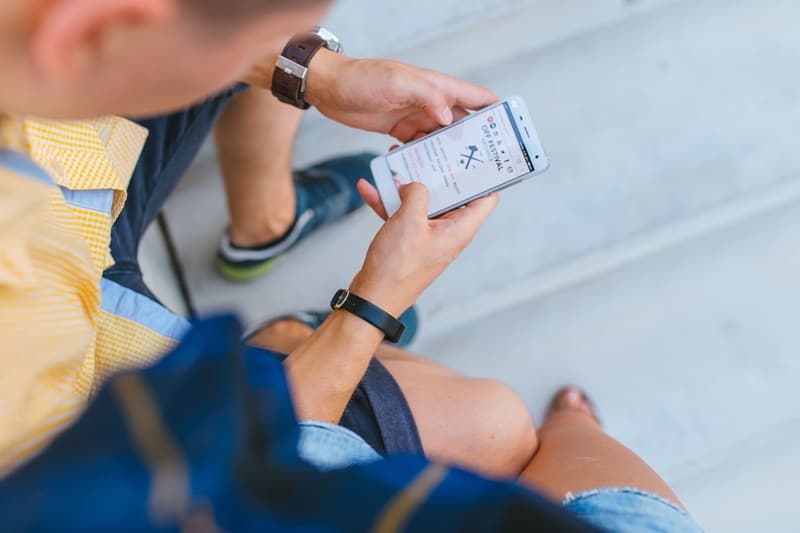 Gone are the times of researching keywords to optimize content for or creating extensive guest blogging tactics – or so it seems! In fact, by continuing to play into social network’s hands by “feeding” them new content, travel social media users are just entertaining the network’s users, not building their own following.

We’ve already mentioned that it’s easier to create a decent Instagram photo or tweet than a detailed, in-depth written blog post, but how do these content types stack up when you compare their results?While easier to create, social media posts don’t “last” nearly as long as

While easier to create, social media posts don’t “last” nearly as long as traditional content on websites and blogs, according to a study by Bit.ly – the popular URL shortening service that you have probably used in the past.

The study found that the half-life (the amount of time at which a link will receive half of the clicks it will ever receive after it’s reached its peak) for each social network was in fact:

There are of course exceptions to every rule, in our case – Pinterest. Its pins might also have an initial half-life when first pinned, but users of Pinterest tend fo rediscover and search for pins based on relevant keywords. One example cites a food brand that received less than 50 repins the first week it was posted but built up more than 2.400 repins in the next year. While an excellent example of how even social media content can be long lasting, Pinterest isn’t really a social network of choice for travel bloggers, even if travel businesses are using its extensive travel niche.

Some travel bloggers understand that short posts aren’t enough but have resorted to another format: video. Travel blogger Kristijan Ilicic has amassed more than 180.000 fans to his Facebook fan page while also starting a travel blog – both in Croatian. Kristijan uses video to create content more valuable than a photo or status, while also using Facebook encouragement of video content to boost his reach. 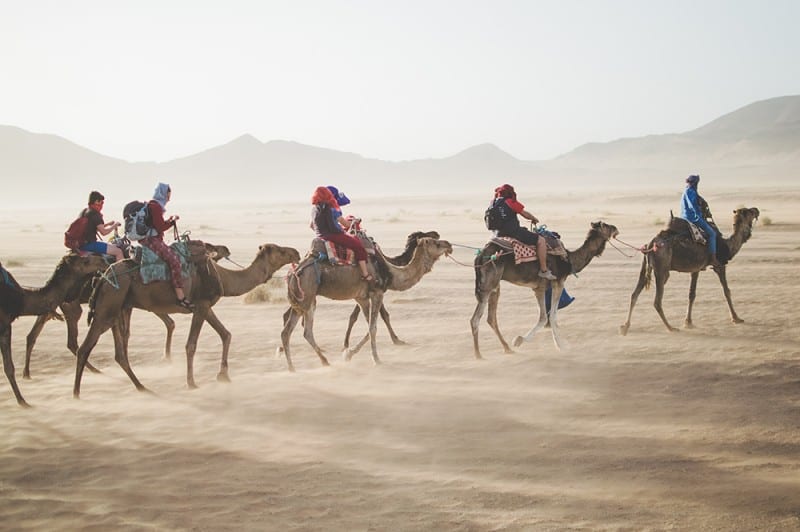 One of the genius moves by Mark Zuckerberg’s Facebook was giving creators on the platform a lot of reach in the beginning – and continuing to do so for new Facebook users. When you open a new page or profile, Facebook gives you a lot of organic reach in order to encourage you to create new content. As long as the fans and followers keep coming, you’re posting, aren’t you?

Everything changes when you reach thousands of fans and suddenly – your reach is not what it was. Your posts just don’t seem to be reaching your entire audience. Paying to reach your audience by “boosting” and advertising your posts seems like a logical step, but why was the point of attracting all those numbers then?

People often neglect the difficulty of blogging, but the truth is that this kind of work is not easy by any means.

Unlike travel bloggers with blogs who have COMPLETE control over their email lists, social networks don’t give any guarantees when it comes to reaching your audience. It started with Facebook’s news feed, but both Facebook-owned Instagram as well as Twitter have given in to having an algorithmic feed. While the companies claim that the reason is just a better user experience, you can’t wonder that it helps their bottom line as well.

Media organizations, used to having control over their audiences, were some of the hardest hit. Facebook tried to encourage companies like the New York Times and Bild to publish content directly to their platform, but the ill-fated experiment known as Instant Articles never really took off. Publishers like Quartz, Forbes and The Los Angeles Times have already deserted the platform. 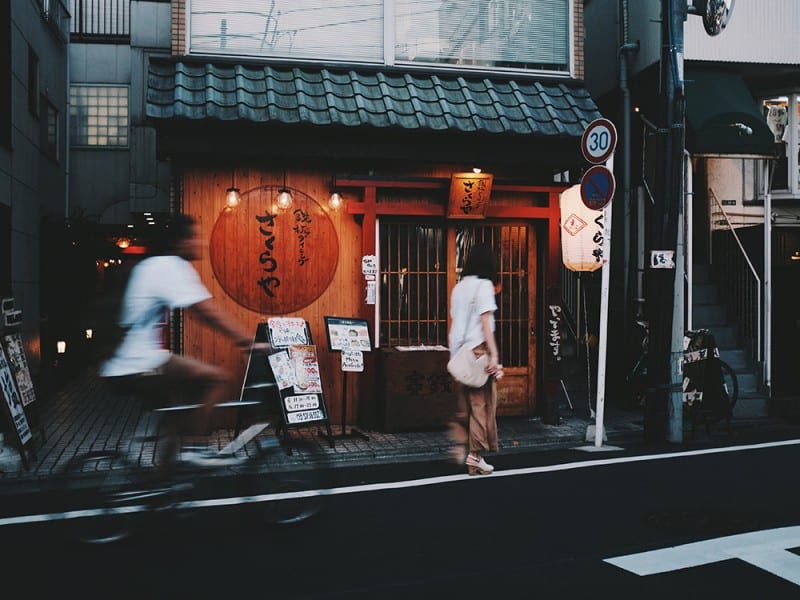 While social media platforms such as Instagram and Facebook have proved as great starting out points for people like Jack, Lauren, and Kristijan; these travel bloggers need to build their own independent websites on a great domain name such as .Me, in order to not depend on the whim of the platforms that made them successful in the first place.

Creating your own travel blog might not be easy but it’s exactly the hard work that makes it defensible. In order to move forward, travel bloggers need to go back to their roots and realize that having an audience on social media is great, but in order to succeed – they need to, even if they might move a lot around, have at least a digital home!