We all loved HBO’s Game of Thrones: the drama, the conspiracies, the sudden turns and unexpected plot twists, the “oh my god!” jaw-dropping moments! It’s a show that got people to fall back in love with TV and it continues breaking all sorts of records.

For example, its sixth season had 25.7 million viewers per episode across all platforms, while average costs per episode reached $10 million. The numbers for the seventh season were even higher: 16.1 million total viewers tuned in at the time of the broadcast.

But, in addition to shocking stories of incests, betrayals, and violence – the popular series teaches us precious lessons about marketing and branding.

If you’re a business owner, you are certainly familiar with the difficulties of positioning and managing your company’s brand, especially if you take in mind the competition you have to face.

In Game of Thrones, noble houses across the Seven Kingdoms all have pretty much the same goal in mind – obtaining power. The motives may differ, not to mention the methods of climbing to the top. Not all are after the Iron Throne. Some aim a bit lower, such as Jon Snow, who accepted a position of authority only because it meant that he could actually protect and care for his people in the North. However, each participant has divergent perceptions regarding the proper usage of power. Because their interests overlap, they are forced to cooperate or apply extreme measures.

Of course, you don’t live in fantasy medieval times.

In the real world, your rivals are not noble houses, but other companies that offer a similar product or service and have the same target group as you. In today’s era of the customer, you have to serve in order to rule. Here’s where you can start building your company brand. 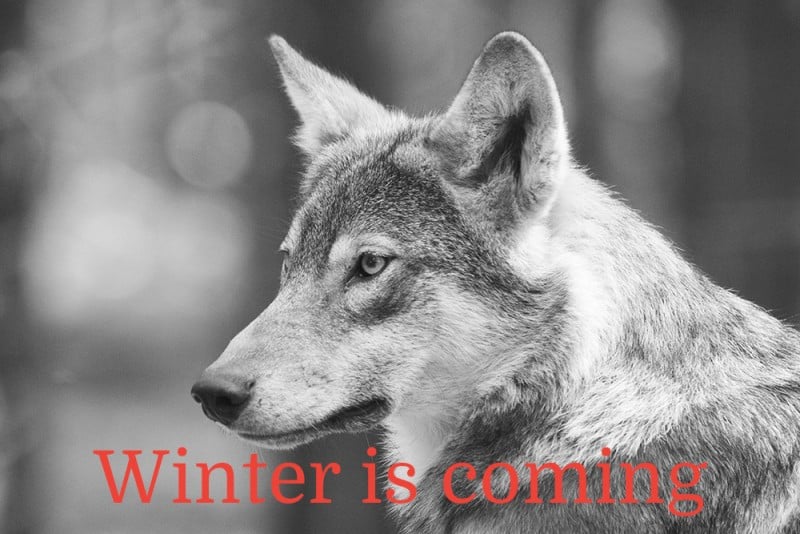 Assuming that you have already researched the market, defined your business goals, and positioned your company somewhere among the other players on the market, it’s time to work on identifying your brand and all its assets.

Let’s start from what’s most tangible: name, visual identity, and a tagline that clearly communicates the values you stand for.

These have to be compatible and designed so to make a strong impact and create a powerful brand recall. You cannot afford to blend in to the mass or have people confuse your business with some other company. Authenticity is the key, as well as being confident about what makes your brand special.

In the real world, your rivals are not noble houses, but other companies that offer a similar product or service and have the same target group as you.

Let’s see what you can learn from Game of Thrones about this. Every house has its recognizable symbols and sigils.

For example, House Stark is known for the famous “Winter is coming” tagline and their sigil is a gray dire wolf, the mighty, near-mythical wolf creature, native to the North. House of Stark relies on the strong family roots and tradition, given the fact Bran the Builder (the founder of the Stark house) was the one to establish the Kingdom of the North. The tagline reflects their overall political viewpoint and the position they have held throughout the centuries: they focus on caution, tactical approach, and planning, but are also known for being righteous, humble, and honorable.

On the other hand, House Lannister has an official tagline “Hear me roar” which is associated with their sigil – the lion, as well as their intransigent way of using power to dominate and lead. The slogan effectively reflects the authority they hold and the fiery approach to the ruling that implies violence and dominance. However, Lannisters are known for “always paying their debts”, even though it is not the official slogan of the house.

And let’s take another house to build a fuller example – House Targaryen. Their sigil is the mighty red dragon which makes a perfect sense – as family-owned magical creatures, dragons were used for conquering enemies. The tagline consists of bone-shaking words – “Fire and blood”. Daenerys, who miraculously managed to stay unburnt when she stepped into the bonfire, proved she had dragon blood in her veins. In addition, she made dragon eggs hatch and deserved her title Mother of Dragons. This created a favorable image for her – being one of a kind, the chosen one.

Let’s sum up the lessons you can take advantage for your company brand:

The way you communicate your values and what you stand for should be consistent across different channels, while details such as the choice of font and colors for your visual identity play an important role in how others perceive you. Now that we’ve covered the basics, it’s time to move on how to identify your stakeholders and take action. 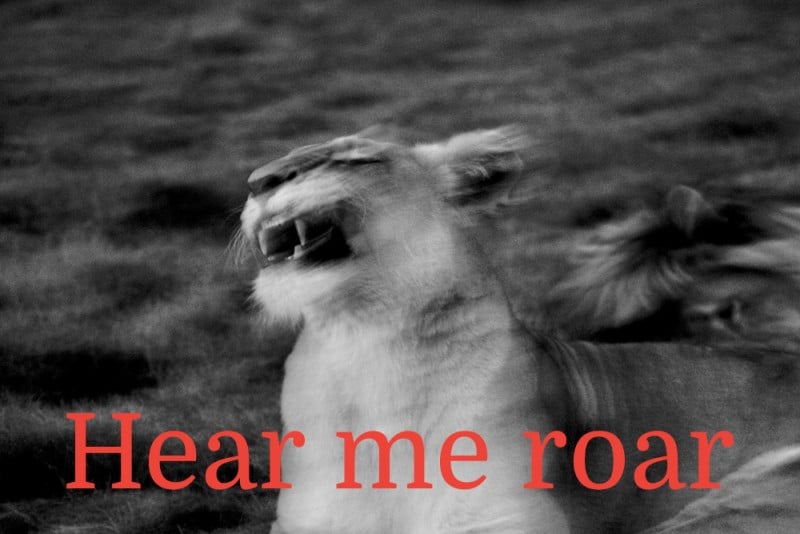 Your primary stakeholders are your investors, your employees, and your customers. And it’s not enough just knowing who they are, but also how you can persuade them to invest in your business, work for you, and support the meaning you’re set out to make, or buy your products and services.

How you handle these communications and what you offer in return is fundamental for your business success. Being tactical about it isn’t an equivalent to being sneaky, but thoughtful and savvy.

In Game of Thrones, it’s all about making allies and thinking at least two steps ahead, i.e. being aware of the possible consequences your decisions trigger. Take Daenerys Targaryen as an example.

In Game of Thrones, it’s all about making allies and thinking at least two steps ahead, i.e. being aware of the possible consequences your decisions trigger.

First, she went to Astapor to free the slaves and bought the army of Unsullied, but gave them the freedom of choice. They could choose to fight for her or return to their homes, free and belonging only to themselves. She freed the slaves of Yunkai and later the ones in Mereen. This got her a title of “Breaker of Chains”.

Although the game Daenerys plays is far more complex and layered (and, khm, bloody), you can definitely learn a few things here:

Now, try to remember season 5, episode 8, and the famous quote by Daenerys: “I’m not going to stop the wheel, I’m going to break the wheel”. Branding is everything you do, so you better make sure that everyone knows what your values are, how you’re bringing change, and how others can participate in it.

In addition to the huge ambition, Daenerys has the dragon blood, the power, and three magical creatures, which is fairly intimidating. The secret of her success so far lies in the fact she is trying to spark a revolution and bring new order to the world.

Fast forward to you trying to get investors to financially support your business idea and further brand development: you need to demonstrate what makes your brand different and how exactly you plan on turning your ideas into action. 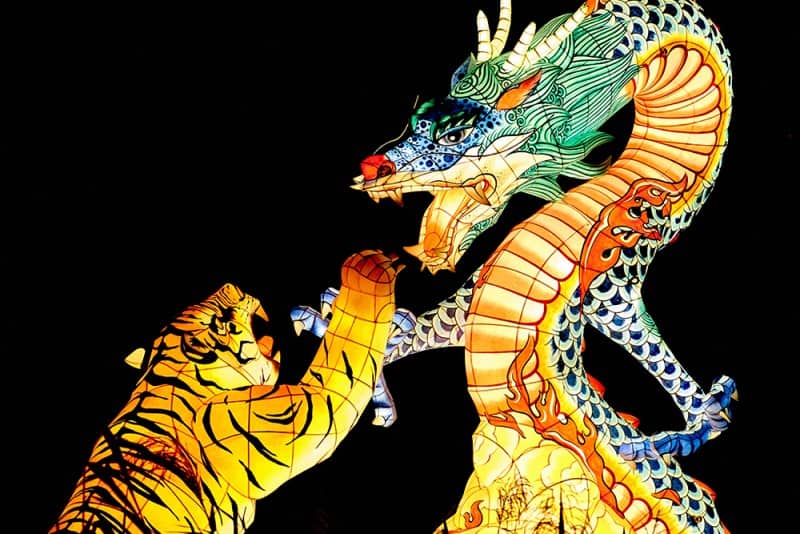 Be Wise When Managing Your Brand Reputation

Tywin Lannister once said a lion doesn’t concern himself with the opinion of sheep. This perfectly aligns with the arrogance and superiority Tywin continuously expressed, positioning himself and his family way above others.

Now, this approach is a two-edged sword. On one hand, it’s good to choose your battles wisely. You don’t need to micromanage and bother yourself with what people who are not your stakeholders, are saying about your brand.

Your brand image goes beyond your recognizable slogan. Always control your company’s reputation and be wary of what your actions can do to your brand.

On the other hand, acting superior often leaves you more vulnerable. You see, 74% of consumers perceive word of mouth as the main influence when it comes to purchasing decisions. Are you really willing to risk not addressing a bad recommendation from an individual, for example a blogger who left an extremely bad review of your product or a comment on social media that reflects dissatisfaction with your brand?

We know that customer is not always right, but the nature of business pushes you to adapt and sometimes bend a bit, for the sake of your brand image.

Now, let’s remind ourselves how Daenerys handled hearsay regarding her intentions and actions. The moment she arrived to Mereen, she spoke directly to the slaves:

And what about the sincere advice Tyrion Lannister gave to Jon Snow? Soak in the wisdom:

Let me give you some advice bastard. Never forget what you are. The rest of the world will not. Wear it like armor, and it can never be used to hurt you.

Lesson time! Here’s what to keep in mind:

There you have it – ten valuable lessons about company branding you can learn from Game of Thrones. There is a truth that overarches every part of this amazing narrative: power is a very fragile thing. One day you’re at the top, the next day – you find yourself crawling at the bottom.

This is why it’s essential for you, as a business owner, to acknowledge the new pulse among customers and make your brand personal. Marketing naturally evolved towards me selling proposition. It’s time to level up: brands have to work towards creating meaning and making their businesses personal.

In the digital age we live in, it all starts with a proper website. And what better way to get started than with the most personal domain name? Count on .ME as your trusted ally in the venture of building your company brand!

Editor’s Note: This post was originally published in January 2014. Since Game of Thrones became the most popular tv show which taught us a lot about company branding, we decided to update the post accordingly.