What’s in a startup name?

We’ve asked this question multiple times on our blog already and this time we have some super inspiring answers for you. In between choosing a name and registering the right domain, entrepreneurs need to do some brainstorming, research and budget planning in order to ensure they’ve got the right one.

This, of course, falls under the “science” of naming a company, which should serve as a general guidance to new entrepreneurs. The real life is something else. This is why we also talked to several successful entrepreneurs to bring you some actual, real-world knowledge on the topic. Thanks to the crew behind BrandYourself, CodeCloud, Innovation Central, Predictable Profits and Compare.com, we are able to offer you their first-hand experiences with choosing a great company name.

1.     Proactive where it matters most: BrandYourself 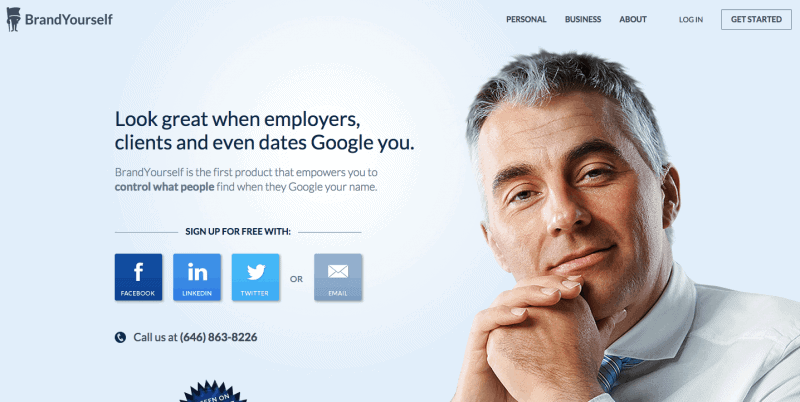 Online Reputation Management proliferated as a way to manage personal and business branding pitfalls that can bring a company into disrepute and forever harm its online identity. The revolution in the field could be said to have come with BrandYourself whose business ideas, as well as company name were based on their personal experiences. Patrick Ambron, the company CEO and co-founder explains why:

“We went into the Online Reputation management industry to change it. When Pete was being mistaken for a drug dealer and couldn’t get a job, everyone in the industry was quoting him $30K or above. We thought this a problem for two reasons:

– The industry was only catering to wealthy people

– The industry was only catering to people who have major problems

We believed everybody should care about their online reputation, even if they don’t have an issue. We believed good results help you just as much as bad results hurt you. We didn’t want to have another company that only catered to people once they got in trouble. We wanted to be proactive, because this is a proactive process. Back then everyone was ReputationDefender, ReputationProtector, etc. We wanted to be different and proactive so we went with BrandYourself. “

Evidently, BrandYourself chose a name that also contained their unique value proposition. When asked about the major factors that influenced this decision, Ambron notes that BrandYourself was “proactive and available.” What followed was notable success, but there were some challenges, too:

“At first, we could only afford our name with a hyphen. We were Brand-Yourself.com. That’s obviously not ideal. Later we were able to leverage and buy our name without the hyphen.”

2.     Getting personal with .ME domain: CodeCloud

In the age when apps are popping up around the web like mushrooms, coding is a highly profitable skill. Contrary to dominant beliefs, however, it doesn’t have to be reserved for geeks only. This is why CodeCloud developed an innovative platform where “non-geeks, geeks and Jedi Masters alike” can get together and start working on amazing projects.

Of course, the best way to connect large communities and give them the necessary tools and resources is the cloud – that powerful concept that changed so many business and development processes. According to Mike De’Shazer, CEO at CodeCloud, the company “came up with the name CodeCloud.me during a trip to Singapore in the spring of 2014.” Since the service “allows users to collaborate on code project in the Cloud, the name CodeCloud made sense,” adds De’Shazer.

This way, the company merged two distinctive features into an interesting name, adding a personal note with .ME extension. After all, CodeCloud is about the individual and not corporate identity, which is what gives their name a unique echo:

“The reason we chose “.me” over “.net” or “.co” was because we wanted to have a “.me” experience, something that was personal for our users.” 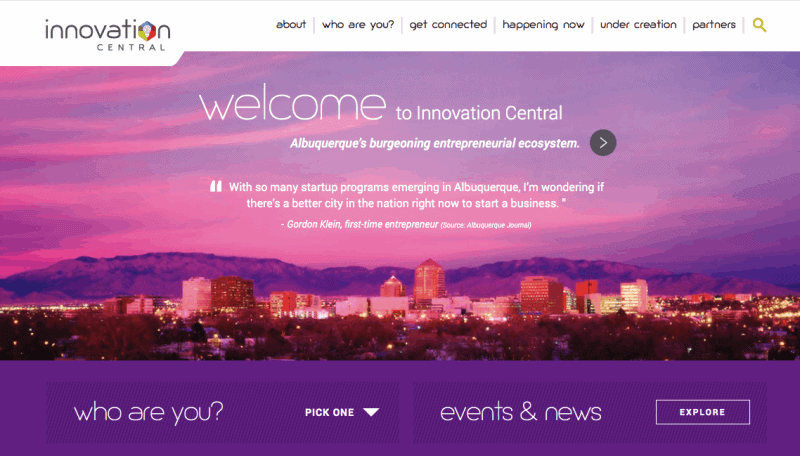 Another interesting company naming story comes from Innovation Central, an Albuquerque entrepreneurial community that aims to connect people working on important projects in the area. Autumn Gray of the City of Albuquerque’s Economic Development Department that created Innovation Central explains the geographical reference behind it. Namely, Innovation Central is an area of a one-mile radius in Downtown Albuquerque, which perfectly describes the fast pace of the area’s economic development.

“The name had been in existence for a while for another use,” notes Gray, “but it was mostly internal to the City of Albuquerque and not known to the public. We at the City’s Economic Development Department decided it to be a great fit as the name of our new and fast-growing innovation district, the center of which is at the intersection of Central Avenue and Broadway. Between the area being a hot spot for entrepreneurs, researchers, creatives, etc – i.e. innovators – and the fact that the “center” of the action is partly along the corridor of our famous Central Avenue (Route 66), the name was almost self-evident.”

Local focus has its special appeal and was a better choice than something generic that would hardly reflect the spirit of the area. In relation to this, Gray notes

“other ideas were tossed around briefly, but I honestly do not recall any of them since they were so quickly dismissed. I do know that some contained the word “entrepreneur,” (or abbreviations of it using an E), but that is not only too long but also either meaningless to some people or weighted to others.

Plus, we did not want the name to be exclusive; Innovation Central is about inclusivity. Therefore, the name could not suggest the area is only for certain types of people. In summary, Innovation Central reflects the purpose of the area (innovation), the geography (Central) and is strategically non-specific to a group.” 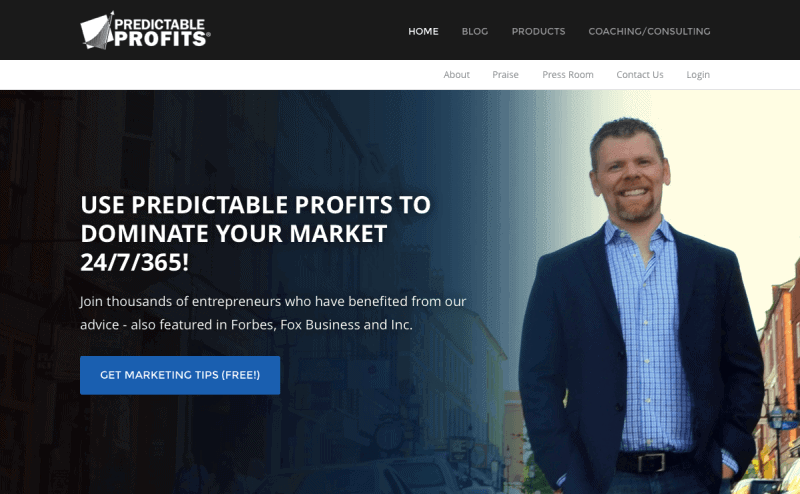 When there’s so much competition in a single field, you want to create something truly valuable for your audience and definitely give it a unique name. Hence Predictable Profits, a highly transparent name for a company that creates guaranteed profit opportunities for their audience. In front of the company, Charles E Gaudet II, founder and CEO explains that “the company name was born from a reflection about the ultimate result we strive to provide for our clients… and that is: an ever-increasing flow of predictable profits.”

The final choice, however, wasn’t based on his assumption only. The company reached out to their target audience to ask for their opinion and make sure the company management had the right feeling:

“We believed we chose the right domain when we approached our target market about our company name and the response was: ‘Great name!’”

According to Gaudet, the key factor that influenced the decision was the desire to get “a name that represented the benefit of working with us. A name that would be memorable, specific and not generic.”

Of course, there were some challenges too. As pointed out by Gaudet, “the domain name was owned by a Domainer (people who buy domains for the sake of reselling them),” which was an evident problem.

“While I can’t recall the original asking price, we went back and forth for a few days negotiating win/win terms. Often, you’re lucky and can find a domain that’s available but, if your name is good enough and someone else owns it – don’t be bashful. Inquire about the possibility of acquiring the new domain – it could be more affordable than you might think.”

5.     The perfect match of simplicity and transparency: Compare.com 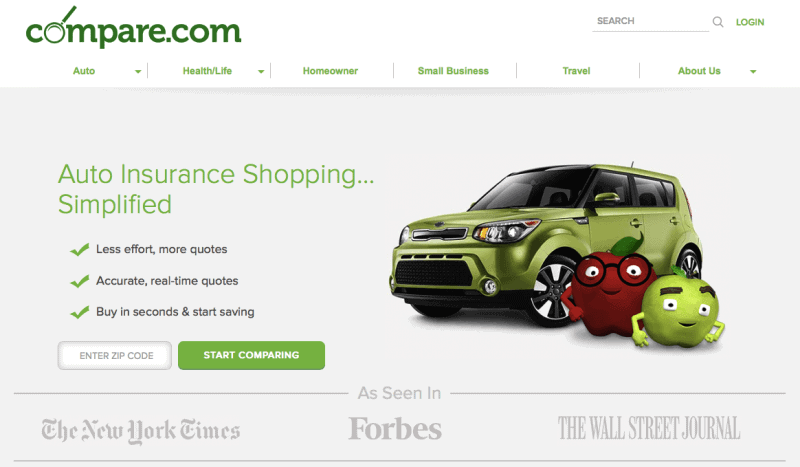 Today when Compare.com counts thousands of active users, it may seem that their name is a perfectly logical choice. However, their domain registration story wasn’t  all that smooth and it did take some time until the company got their brandable domain. According to Sara Woznicki, Marketing Specialist at Compare.com, the company operated under a different domain until recently.

When it comes to the most important factors that influenced their choice, Woznicki mentions that the company did have to wait for some time in order to get their perfect domain. Like most things in life, a great name may require you to wait and fight for it:

“We always wanted to have the name compare.com, but it wasn’t available when we launched in March 2013. Once it became available, we knew we wanted it. We want our site to grow beyond just auto insurance comparison, and the simplicity of remembering and searching for compare.com drew us to that name. Our name mirrors our goal of being as easy, transparent and fast as we can for our customers.”

We chose these five stories because they give you a great insight into potential challenges your company can go through when picking a name. Hopefully, they would inspire you to look beyond what’s immediately available to you and find a name that would let you create a truly big brand online.