By now we all know that language skills are best required at an early age, but that also goes for math skills. This does not mean that you have to go all over-achieving parent with complex math equations on your two-year old – learning basic math reasoning, however, through play and interactive games may help your kid immensely later on.

Learning basic math skills at an early age, like acquiring most other skills, including language, in many ways shape your brain and the way you think. According to a scientific research published in Nature, children who have developed basic math skills at younger age use more the part of their brain dedicated to memory, than the one dedicated to counting. Translated into laymen terms, this means that math comes more “natural” to them – rather than it being a pedestrian process that has to be reiterated every time they face a mathematical conundrum.

Longitudinal functional magnetic resonance imaging (fMRI) in 7–9-year-old children revealed that the transition from use of counting to memory-based retrieval parallels increased hippocampal and decreased prefrontal-parietal engagement during arithmetic problem solving. Longitudinal improvements in retrieval-strategy use were predicted by increased hippocampal-neocortical functional connectivity. Beyond childhood, retrieval-strategy use continued to improve through adolescence into adulthood and was associated with decreased activation but more stable interproblem representations in the hippocampus.

But lets get practical here – How do you teach those skills? 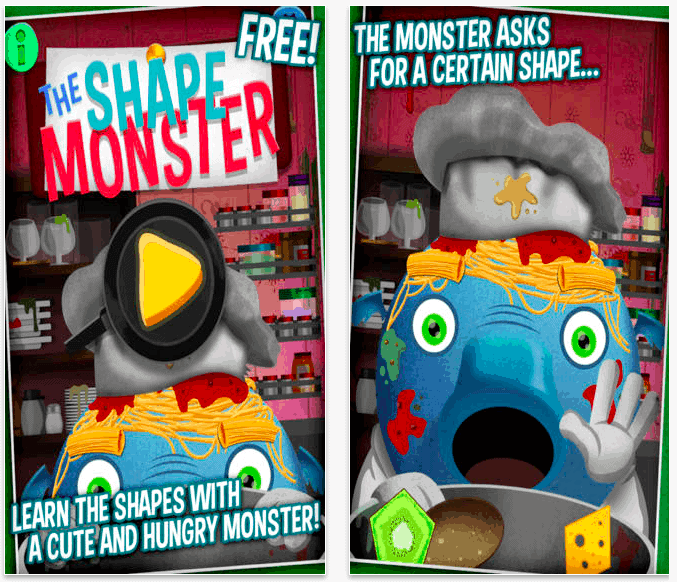 For the very first contact with numbers, I suggest Kids Academy. This lovely playful app helps kids recognize and write the numbers using a touchscreen. They can trace the numbers and learn of shapes and basic quantities, and are rewarded by playful  interactions and virtual fireflies in a jar, which can be released each time the numbers have been completed. The app also offers a parent mode, made for you to have insight into your child’s progress.

When you’ve got the numbers down, you can move onto Shape monsters, an easy and friendly game meant to teach your youngest basic geometry – shapes. Quite conveniently, there are also hexagons and pentagons, making use of all those numbers you’ve learned just a while ago! 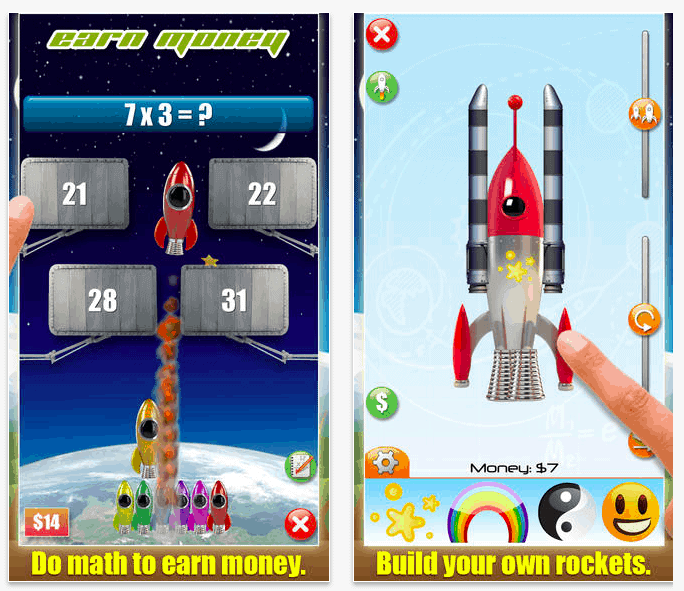 For kids ready to dig into some operations, there’s Mathmateer – a space adventure created to learn about numbers, counting, money, telling time, addition, subtraction, multiplication, division, 3D shapes and even a bit of algebra. You can even design your own rocket and fly to the stars!

For a bit of variety, try Kid Math Games – this app helps kids practice addition, subtraction, multiplication and division in an arcade-type game. 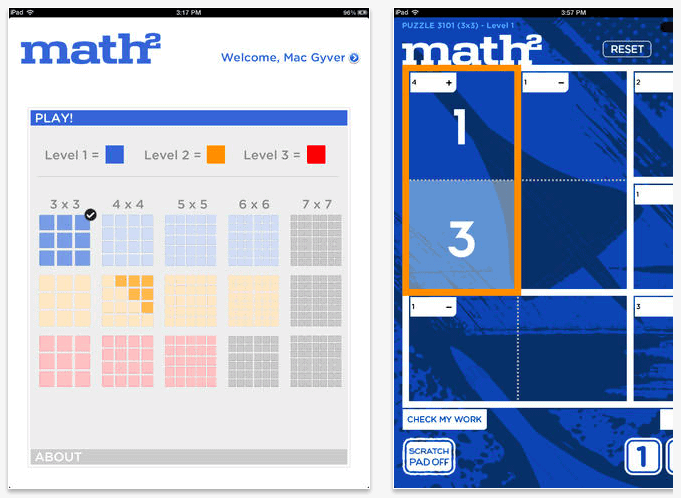 Let’s Do Mental Maths is aimed for several different age groups: 5-6, 7-8, 8-9, 9-10 and 10-11 years olds. The 7-8 app actually won the Futurebook Innovation Award for the best children’s non-fiction digital book, for doing such a wonderful job of tackling such a difficult subject as math and making it more friendly.

Let’s Do Mental Maths uses a quiz format, but if you get stuck, you can always rely on your friend Digit the Dog, to get some advice, lest you should be discouraged.

Moving from operative to abstract, try out iSolveIt MathSquared and MathScaled – apps that help ready students for algebra and math by playing with logic puzzles. As these are puzzles, they can be played by both teens and younger kids, and they build  up from simpler to more complex ones.