Imagine going through seven years of business failures and ending up almost unemployed. Would you curl up in a ball and give in to despair, or would you try to learn something from it and take the road less traveled?

Dan Norris (dannorris.me) chose the latter. Today, he is a serial entrepreneur, an award-winning content marketer, and the author of 4 best-selling books translated into 13 languages.

When Norris turned 26, he decided to leave his comfort zone by quitting his cubicle job and set out to the unknown world of entrepreneurship. He knew there was no specific formula you can follow in order to become successful, but that it all comes down to persistence and trial and error.

It was a rocky path until he got it right. At one point, Norris was completely broke and experienced difficulties in his private life that he even fell into depression.

In his first days, he founded a company called WP Curve, through which he provided minor WP fixes for a small monthly fee. This bootstrapped company became profitable in under a month and was on a nice, steady growth. In 2016, Norris sold it to GoDaddy. He also co-founded Black Hops Brewing, a craft beer brewery in Gold Coast, Australia.

In addition, Norris was featured in reputable media, such as Forbes, Mashable, and Inc.

And that’s just the tip of the iceberg. 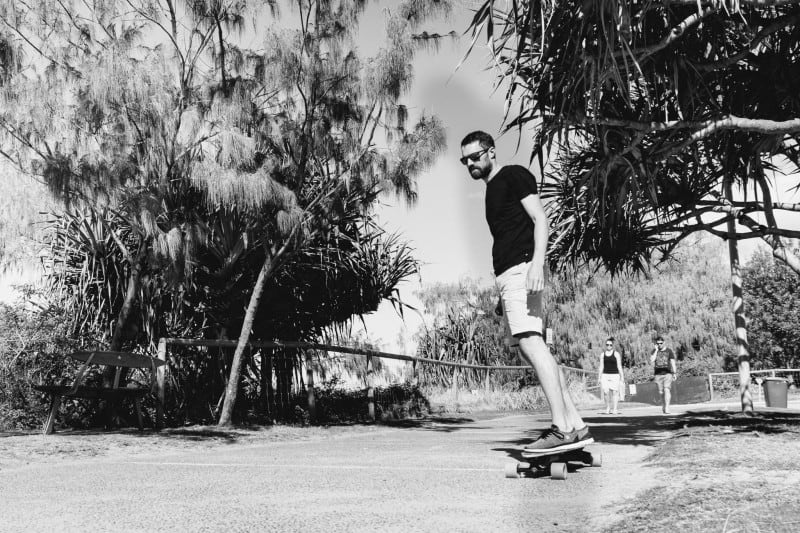 Bestselling Titles Turned Into a Valuable Side Income

Although Norris never considered himself to be a writer, he has written four different books that gained momentum pretty fast.

The reason they become so popular?

They were all written from real experience, somewhat like business biographies, actionable guides, and case studies – all in one. People often seek shortcuts or they are particularly interested in cracking the code of success, so they want to hear all about real stories and maybe try to copy them.

However, Norris is not your typical entrepreneur nor is he someone who tried to pull wool over people’s eyes.

Norris’ first book, 7 Day Startup started out as his blog series where he described how he and his partners launched a business within just a week. This series sparked a lot of interest, so Norris decided to turn it into a book.

I’d written over half a million words (about as much as War & Peace) and never had more than 10 tweets on a single article. I persisted because I loved doing it and gradually figured out how to make it work.Dan Norris

His next book, Content Machine, was also based on the actual business achievement. When Norris bootstrapped WP Curve, paid advertisement was out of the question, so he focused solely on content marketing. Through the power of content, he managed to turn WP Curve into a 7-figure business.

In 2015, Norris and his two mates managed to sign a contract with Call of Duty, one of the most renowned entertainment franchise in the world. Three friends decided to take advantage of this opportunity and build their own brewery called Black Hops. This story became the cornerstone of Norris’ third book, Operation Brewery.

Last but not least, his book Create or Hate got published in 2016. It was inspired by the quote of Ricky Gervais, English stand-up comedian, who once said: “It’s better to create something that others criticize than to create nothing and criticize others.”

On top of it all, Norris has selflessly shared the process of writing and publishing these books, so to help others who are struggling with becoming established authors. 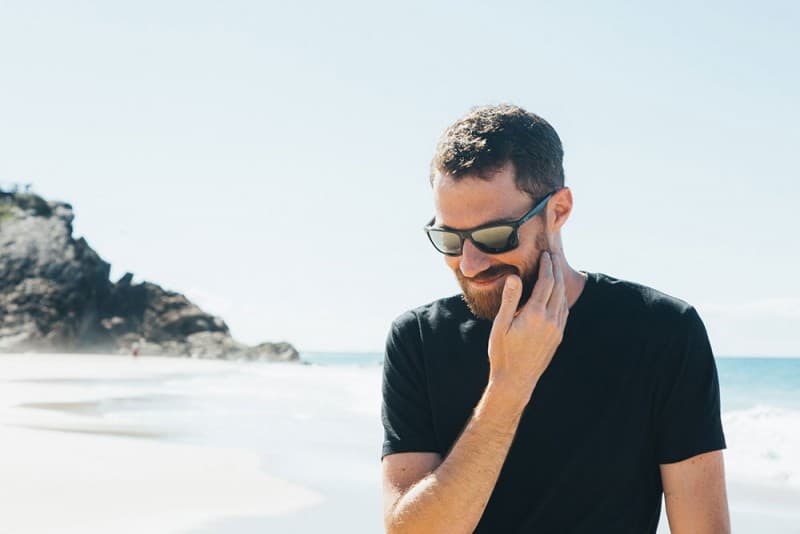 Valuable Resources + Access to the Network of Accomplished Entrepreneurs

In addition to the blog and books, you can find dozens of valuable resources on Dan Norris’ website. They are categorized in three sections:

You can access the framework library completely for free. Just leave your email address and enjoy clearly instructed worksheets that will help you get a firmer grip of your business growth. You can find general business and online marketing frameworks, 7-day startup actionable steps, as well as Content Machine frameworks.

We have tested them and simply love them. They are very comprehensive and detailed, so consider downloading them if you need a more functional organization of your current processes. Having a plan or a to-do list is like having an ally that ensures everything runs smoothly.

I wanted to make money and thought I was going to be rich. I told my co-workers that by the time I was 30 I’d be a millionaire but I was broke as sh** at 30. I had negative money at 30.Dan Norris

On the other hand, the Mastermind group is a private, membership-based group made of highly talented entrepreneurs. It currently has over 200 members and all of them are more than willing to help you with making the right business decisions. The idea was to create a support group made of profilied business people who would then assist newbies and provide guidance, i.e. prevent them from making the same mistakes. For $199 per year, people can enjoy expert advice. According to testimonials, Mastermind offers great value for money. It’s like having unlimited consultations with true experts, while you can also enjoy different perspectives. This makes the opportunity to learn even greater.

The free course is based on Norris’ real experience that he described in his book, 7 Day Startup. The course is made of video lessons and get to business! 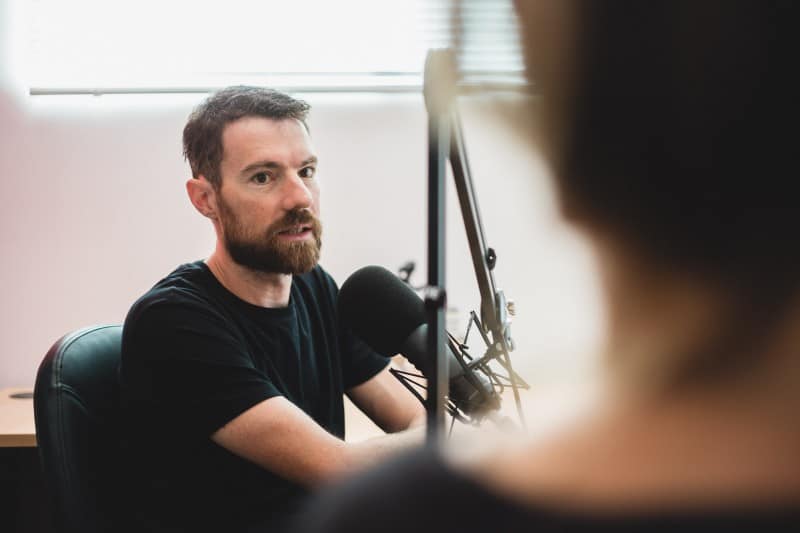 From Zero to Hero: the Power of Personal Branding

Dan Norris is the perfect example of the way we can all benefit from proactivity, commitment, and agility. He has built a successful personal brand and created a highly respectable image for himself, established great partnerships, and stayed determined to pursue what he believed is a worthy and fulfilling career.

His personal website, dannorris.me, showcases his professional success, but it also functions as a 24/7 open business channel through which new potential partners or clients can easily contact him.

When you open the website, the first thing you see is a call to action that invites you to enroll in a free entrepreneur course Norris has crafted for those looking to go from “wantrepreneur to entrepreneur” in seven days.

When you sign up to be an entrepreneur, it might not work. There’s no formula for success. Anyone who tells you there’s a plan or blueprint you can follow is full of it. It’s trial and errorDan Norris

Website categories are clearly structured and there are a lot of free resources site visitors can enjoy. Norris has set out to share his personal way to success and that’s his way of bringing it back to the community, but also earning a profit, i.e. monetizing his well-earned expertise.

The philosophy Norris stands by is similar to the one described by Eric Ries in The Lean Startup: you need to actually do things, test your ideas in real life, instead of waiting forever until you’re ready. The fact is, the digital era brought us amazing opportunities – all you have to do is stop procrastinating and actually seize them. 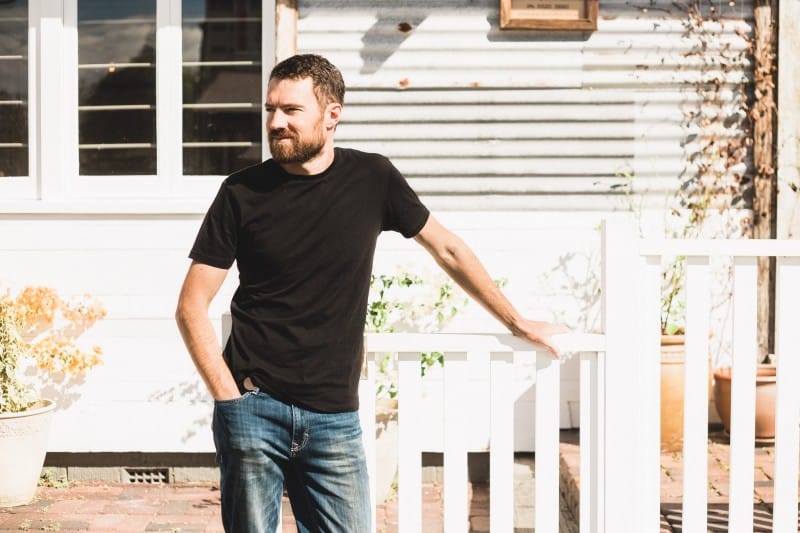 Has the story of Dan Norris got your creative juices flowing? Do you feel inspired and maybe you’re thinking about taking a similar path? Well, you can do it.

Start by defining your specific selling point, i.e. what you can offer that nobody else can. Maybe you have the similar set of skills as the next person, but that doesn’t mean you cannot do something completely unique or tell your story in an original way. That’s what personal branding is about.

We live in a highly competitive world, regardless of the industry. But instead of getting discouraged by this, you should treat it as a motivation to do better. You should be tenacious.

In the end, take in mind the words of Norris:

The opportunity is ridiculous. Pretty much any skill you have, you can find an online platform and start doing something.

Of course, there is no recipe for becoming a successful entrepreneur, but building your personal brand is certainly an important part of the puzzle. For instance, you can start blogging to share what you know and build your portfolio. This will certainly open up new business opportunities for you.

Being present online is the key. Make use of this hyperconnectivity of the 21st century and start putting your business on its feet. Whether you want to become a solopreneur or you have a great startup idea you want to put to test, you know .ME is here to hold your back.

It all starts with a good domain name, so what are you waiting for?

Get your .ME today!