Let’s talk about choice for a little bit, okay? The choice to buy whatever you want, from whichever manufacturer or developer is a wonderful thing. You can choose your car from at least 10 different manufacturers, and your laptop from even more. But how much choice is too much choice? How long does it actually take you to choose what you want if there’s so much to choose from?

When it comes to mobile games, it’s hard to imagine how big the market is, but take this into consideration: there’re more than 600 thousand different game titles on the App Store, and that’s only the state on the day of the writing of this article, as the number of games rises every single day.

If we presume that Google’s Play Store has roughly the same number of games as the App Store, we come to one conclusion: there’re so many games to choose from! The sheer amount of games and the choice tied to them is why Playboard.ME exists: to help you out with the choice of the next game you’re going to play on your iPhone, Android phone, and/or tablet or iPad.

The Choices Are Endless, And That’s The Problem

Let’s go for a quick psychology lesson, shall we? It doesn’t strictly relate to gaming in general, but rather to the life in itself. American psychologist Barry Schwartz wrote about the paradox of choice in the book of the same name. It’s there that he insists that actually, less choice is better for the buyers, as it isn’t as stressful as the process of choosing from a variety of products or services.

The paradox is wonderfully depicted in an episode of The Simpsons, where the family visited Monstromart, an insanely huge supermarket with an unlimited choice of everything you could ever think of. Faced with overwhelming choices of all of the products you could buy, the Simpsons simply returned to their trusted Kwik-E-Mart, because the number of products offered in the Monstromart was simply too stressful and overwhelming to them.

The described situation isn’t related only to the Simpsons universe, of course. If you were to look for toilet brushes on Amazon, you’ll find that there’re more than a thousand kinds of the same product. Combine this with a review under each one, and you can spend hours trying to find that perfect brush, before ultimately feeling so stressed out and falling asleep with teary eyes, or simply go to a dollar store and get the only one there.

This “illusion of choice” actually makes sense, because we’ve all been in the situation of actually having to choose what to spend our money on, and we’ve all felt the stress tied to it. Buying games is one of the best examples of the constant battle between price and value. There’s a lot of games, both for mobile platforms and for the PC and consoles, and considering that we all want our money’s worth, we don’t want to buy something we won’t enjoy, right?

The problem in the game industry is so large, that even I, as a “regular” gamer can admit that even though my Steam library has around 70 titles, I still sometimes don’t know what to play.

How Do You Get To What’s Good?

The first way we try to sort out what’s good and what isn’t is by reviews, of course. A 2010 study has shown that we actually think reviews are so important, that we are twice as inclined to buy a game if the reviews of said game are good. There’s a lot of sense in that, and coming from an industry where there’s literally hundreds of thousands of products to choose from, there’s really little you can do but to rely on others for insight.

In a world where false advertising is affecting the video game industry more and more, with the case of No Man’s Sky being investigated by the UK-based Advertising Standards Authority and possibly FIFA 17, in whose case the advertising on the game’s Amazon page doesn’t clearly state that the last-gen consoles lack certain features, people are in dire need of some form of curated environment where they can be sure that the games featured are just the way they should be, which brings us to our number 2 idea, Playboard.ME!

Trust The People Who Have Played It

Playboard is a site that features human-curated lists of recommended games for the Google Play, and App Stores. It’s an ingenious combination of advice, review and personal preference which lets you create your own channel and use it to review games there and compile them in lists so that other users can see what games you think are great.

A study published back in 2013. Proves that more than 90% of consumers will spread the word about a good product and recommend it to their friends, and out of those that hear about the product from friends, more than 80% will choose that exact product. This is mindblowing, and also helps you understand as to why recommendations on sites like Playboard matter so much: because they drive sales! Good word of mouth can’t be bought, and Playboard lets you say what you think about the games and apps you use.

When it comes to games, people want their money's worth

The system has a lot of advantages, and even though something similar to Playboard.ME isn’t yet available when it comes to PC games or the ones on a console, mobile phone owners will certainly rejoice. By seeing the lists other users have made, you can make a better opinion on the games you perhaps wanted to try out, without the need of searching through pages upon pages of reviews.

It also leaves you with one very distinct advantage: the possibility to find out about new games for your phone, from the people who have actually played them first. Games are sorted into lists, and you can browse them by topic and category, so if you’re into strategy games, for example, you won’t need to look at any other lists you’re not interested in. 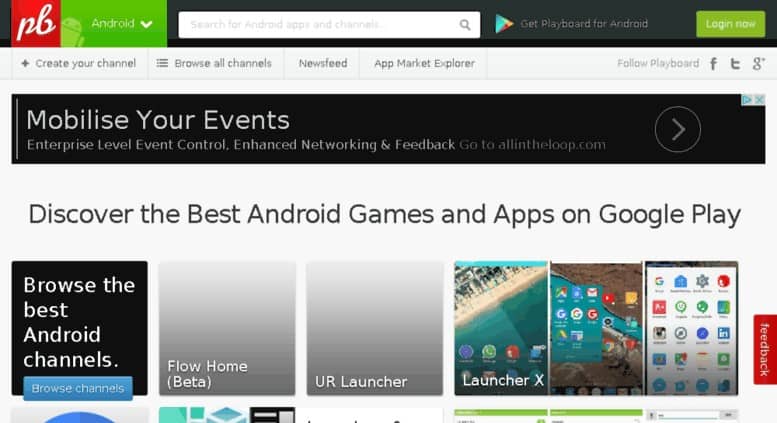 Not Just Games – Any Smartphone Apps!

Aside from games, you can find lists of just about any apps, be it the ones that improve your device’s functionality or the ones that simply make your user interface look way better (sorry, Apple!). The most popular lists have thousands of followers, and there’s really no need for you to not be one of them, regardless of whether iOS or Android is what you’re interested in.

The third way to find out whether something you’re wanting to play is really worth your hard earned money, is to simply try and look at the customer reviews on any of the sites that actually sell the game, be it Steam or the App Store. The conveniently located rating system will give you a general idea of what to expect if you’re not the type of person that trusts video game journalists to give an honest review. 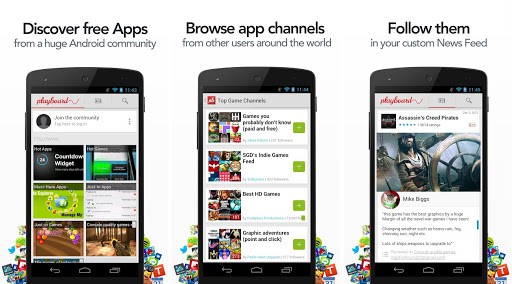 The best way is, of course, to combine all of these techniques to get a broader picture of how well the product is built, but in the end, it’s all up to you, and your personal choice, no matter how hard it might be.