Today’s kids are more tech-savvy than the most of us. They are considered to be digital natives and no doubt about it – technology has been a major influence on their development. They don’t have a clue about the way the world looked like before internet and smart devices. Having that in mind, their childhoods are severely different than the ones belonging to the previous generations, such as the Generation X or Baby Boomers.

While there are those who claim technology is alienating and has a negative influence on the youngest ones (particularly in means of developing social and cognitive skills), others argue that growing up digitally is different – but not necessarily bad. Such is the dean of the Erikson Institute, Chip Donohue, who underlined the potential behind the technology and how it can be used for enhancing kids’ creativity and creating innovative ways of learning.

One thing stays the same, no matter what generation we talk about: the need for children to play and express themselves, and to enjoy the element of fun whilst learning. In the tech era, their playground is a bit different and they have the opportunity to create amazing digital experiences from the earliest age. This is why today, there are learning resources specifically designed for children, as well as various software and even simplified programming languages which they can explore. 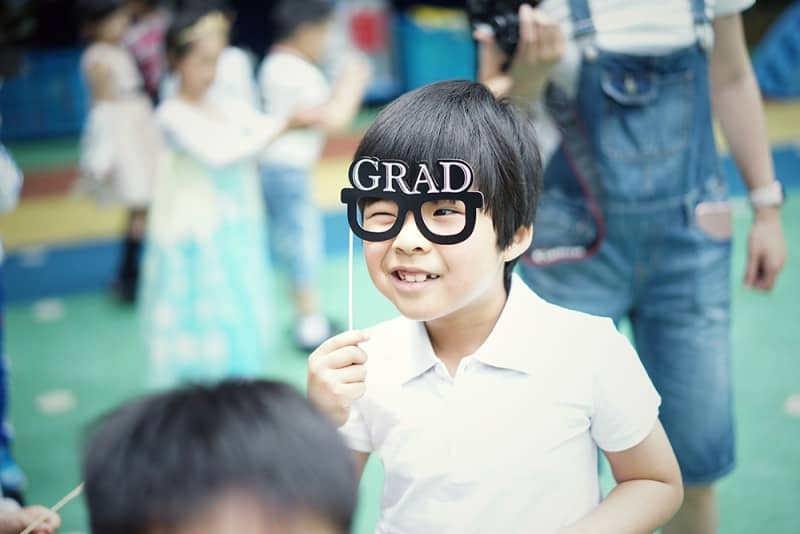 Compukids.me is there to bridge the gap between technology and regular classrooms. They provide structured online Computer Science and Technology courses for kids, in a safe and child-friendly learning environment. The focus is on supporting kids’ creativity and equipping them with the right set of problem-solving skills.

While there are those who claim technology is alienating and has a negative influence on the youngest ones, others argue that growing up digitally is different - but not necessarily bad.

Basically, this junior technology academy makes the best of the eLearning system and school programs. Suitable for kids from 6 to 18 years old, Compukids.me explains the behind the scenery of apps kids use every day, such as WhatsApp or Snapchat, or how animation shows are made – all through specifically designed curriculums.

Kids can learn at their own pace, with the support of professionals who have experience with working with children. The learning process is gamified, which makes it fun and engaging. Some of the available courses include Game Development, Mobile App Development, Graphic Design, Computer Animation, and others.

Compukids.me was built with having individuals, schools, and homeschoolers in mind, and to support the efforts of parents and teachers to bring computer science closer to kids and motivate them to be curious and open to learning.

In 2015, Google bought Launchpad Toys, the company that designed Toontastic, iOS kids app that allowed young users to be creative and create stories through the power of 2D animations. But in January this year, Google launched a new version of Toontastic, now enabling users to easily turn their ideas into 3D cartoons.

Toontastic by Google is available for both android and iOS devices and it’s completely free for download, ad-free and no hidden costs. Children can draw, animate, and narrate different characters that come alive within the app. It is very user-friendly and intuitive, allowing kids to explore on their own and design their characters, plot a story, add a soundtrack, animate as they wish, and finally – save their little artwork and export it. It works perfectly fine offline, without a login or password needed. Kids can also use their own photos and turn themselves into 3D characters.

We all know privacy is a delicate subject when it comes to children, but no need to be worried about that with Toontastic. All data is collected in accordance with Google’s Privacy Policy while the made cartoons are not shared with Google. They stay saved locally in-app and on a device unless you delete them or export them elsewhere. 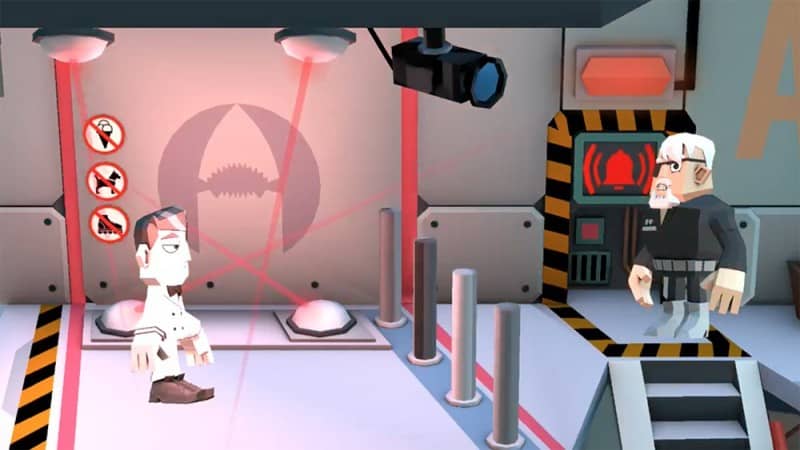 Kano.me is definitely not your average computer company. The team works with teachers, technologists, and artists across more than 86 countries to bring what’s really important – an opportunity for kids to learn how to code and utilize their knowledge instantly. The company offers different computer kits that are completely decomposable, so kids can connect the pieces and make a computer by themselves. Bits, boards, buttons, and cables – they all function like lego blocks and being creative has never been so challenging and exciting.

Alex Klein, the CEO of Kano.me, said in the explainer video:

A lot of parents and teachers know that it’s important for the new generations to learn how to code. The problem is, this is often presented to kids in a really dull way. We think that with Kano, you can turn coding into a game, into creative artwork.

But it’s not just about building a simplified computer from scratch: it’s about understanding the function of each segment and gradually building knowledge. As kids progress and learn skills, they encounter greater challenges. They are invited to write their first line of code, unlock programming powers, and familiarize themselves with Unix, Python, and Javascript.

Kano is a computer anyone can make, a bit like LEGO. - Alex Klein, CEO at Kano

Gradually, they can turn to reverse engineering and hack existing games (e.g. Minecraft) to understand how stuff works. Within this type of learning process, it won’t be long before they start making their own art, games, or music.

Muvizu is a simple animation tool that’s used to build characters and settings within the animation system. Youngsters can easily create and customize characters, incorporate special effects, and enjoy the feature of automatic lip-syncing for any language. In addition, the software has quick rendering and full HD output so users can expect fast and high-quality end results.

It comes in two versions – the free one, Muvizu Play, and paid one, Muvizu Play+. The main differences lie in the number of objects, special effects, and scenes available, as well as in the quality of the video output and other features (e.g. watermark, expansion packs, rendered layers, etc.). Even though the app is fairly easy to use and suitable for K12 students and above, there are also training videos available on the Muvizu website which give you a brief introduction on how to animate with this tool. 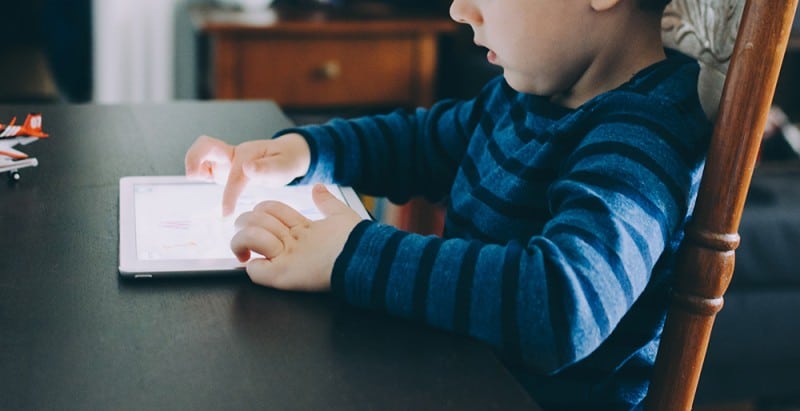 We already wrote about Seesaw.me on Domain.me blog: the main idea of this project is to support students to document their learning progress with built-in tools and help them create their own digital portfolios. The beauty of it lies in the creative freedom: children can use any form they like – drawings, photos, videos, PDFs to document different phases of their studying, which helps them review their progress over the time and track it in a fun way.

The great thing about Seesaw.me is that teachers can access these documentations and get a better idea of their students and their personalities, as well as their preferences in means of media they use to express themselves. All the journals stay organized, so teachers can have an overview of the whole class or a particular student. Users can add folders to organize a subject area or a project, ensuring a better workflow and kicking boredom out of the equation.

This tool also clears up the communication channels between students, parents, and educators. The relationships get strengthened too – as everything is shareable. With notification options, busy parents can see what their child is going through and be more engaged in their life. Users can make announcements and message all participants, which makes the platform even more convenient.

In addition to this social moment and undeniable benefits that come with organizing student work and grading system, Seesaw.me encourages deeper learning of the 21st century skills. The features enable not just obtaining practical knowledge, but also capturing the learning process and being more aware of the used methods of unlocking answers. By being open about it, students can receive honest feedback and the attention they need to grow even stronger, whether it comes from parents, peers, or teachers.

Inspired by the “Alice’s Adventures in Wonderland”, Alice is a 3D modeling and animation software. Brought to you by the Carnegie Mellon University, Alice is completely free thanks to the support of foundations and companies such as Oracle, Disney, Google, Intel, Pixar, Microsoft, and others. Because of its user-friendly interface and the simplicity, kids from the middle school and up can easily learn more about object-oriented programming, building Java applications, and logical and computational thinking, while having fun.

Alice is primarily designed with teachers in mind so that kids get the hang of technology within the classroom and familiarize themselves with the computer science. There are three different versions available: Alice 2, Alice 3, and Alice 3 Netbeans Plugin. It can be used for creating digital experiences such as the Sims characters. There are many resources teachers can use so to make the classes more interactive and practical.

There are truly dozens of free animation software for kids that were built with a mission of opening an opportunity for the young generations to express their creativity on their familiar ground – the digital world. Introducing them to different tools and apps can support them in developing their imagination and creativity. This type of DIY storytelling has never been more accessible and who knows – maybe they’ll end up as world-known digital artists when they grow up?

Editor’s Note: This post was originally published in October 2013. A lot has changed since then, so we decided to update the post accordingly.