Tables have turned in the marketing world and technology’s to blame. A new consumer is born with his specific set of needs and demands. The face of business changed severely with social media as they’ve become digital meccas of instant information exchange. Data provided by We Are Social shows there are over 2.3 billion active social media users.  If you haven’t crafted your own social media strategy, it’s time to get busy.

Social media is the present and the future of marketing and it requires a less aggressive approach than the traditional marketing forms: it’s about reaching out to your target group and wooing them rather than being imposing. And the million-dollar question is: how do you actually do that?

Social media is the present and the future of marketing and it requires a less aggressive approach than the traditional marketing forms.

According to the Social Media Examiner’s report, you’re not the only one scratching your head about it: effective tactics and engagements with the audiences via social media are the top two areas at least 90% of the marketers are interested in mastering. Sometimes it’s better to start with analyzing undesirable behavior on social media in order to understand what tactics would work better. Luckily, others have failed so you don’t have to: let’s walk through some badly positioned social media strategies and mistakes so we can draw useful conclusions inductively. 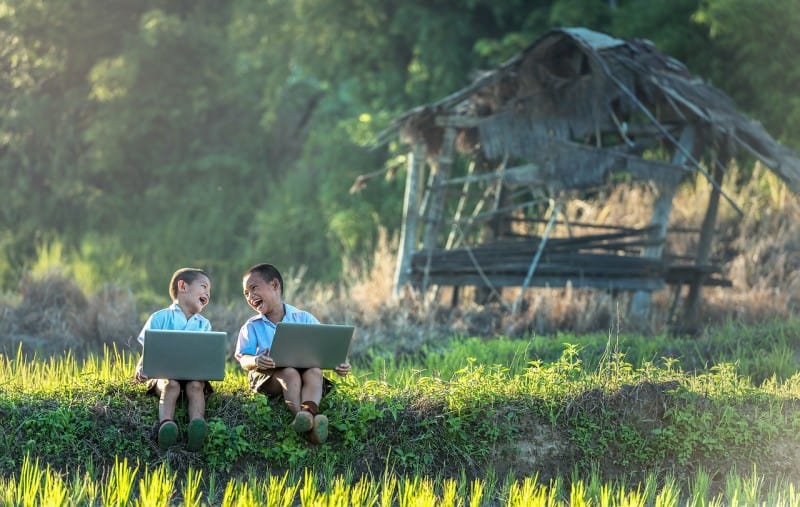 In 2013, one U.S. big-box company decided to open earlier than ever during Thanksgiving and to continue working until Black Friday. This caused anger among their customers and the Twitter exploded with comments regarding the company’s inhumane thirst for profit and mistreatment of the workers. The company responded with a copy-paste generic answer to every criticizing comment, in an attempt to reframe the situation and position themselves as good-doers. Their alleged goal was to give a chance to their employees to earn a bit more money during the holidays. They provided no apology afterward and it was a fail. So, here’s what you should not do:

When you get a complaint or a fair share of criticism, you need to address it as quickly as possible. According to the American Express Open Forum, around 25% of Facebook users expect a response within one hour after they send a complaint or an inquiry. A study conducted by Lithium says this number gets higher among Twitter users (75%) and consumers are willing to punish brands if they don’t meet up to these set standards.

It’s important to be virtually present in order to build strong relationships with your audience and maintain a good reputation on the competitive market. You need to respect each and every one of your consumers and tailor a unique response to their questions on social media. It doesn’t matter if the question was already asked by someone else. Copy-paste the response if you want to save some time but adjust it a bit and make sure to address the person who asked the question. Just adding a smiley face or a differently formulated “thank you” at the end of your comment goes a long way.

Treating All of Your Social Media Profiles the Same Way 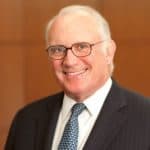 In the world of Internet Customer Service, it’s important to remember your competitor is only one mouse click away.Doug Warner

You don’t have to be present on all the possible social media profiles, especially if you’re just starting to build your online presence. However, it is a mistake to treat all of the profiles the same way when they are obviously tailored for specific usage. Here’s an overview of what they have to offer:

Use your full media potential and post videos, images, and texts. Research have shown that video format is the future of marketing as it is most engaging and requires minimum cognitive strain. If you plan on spreading across several platforms, try using Everypost.Me: it is an all-in-one publishing solution that helps you organize all of your visual content from various sources, across different social platforms. The built-in analytics help you measure progress by providing information on your total number of followers, top posts, most effective time for posting, competition, etc. 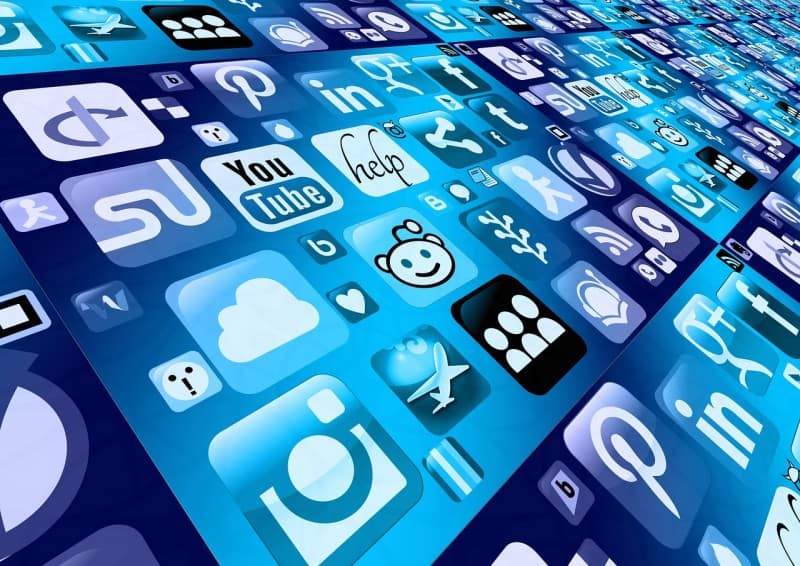 In 2014, one brand of pizza in an effort of newsjacking used a then popular hashtag (#WhyIStayed) that was actually a part of a campaign battling domestic violence. Thousands of victims used this hashtag to share their personal stories and discuss how complex the relationship with their abuser was. The brand apologized the moment they’ve realized the error but not before the gaffe became widely known. So, if you’re using an existing hashtag, avoid possible embarrassments and click on it to see what it’s about. Around 25% of hashtags we want to use are already been used for a different purpose. Here are also a few of useful tips:

Hashtags are also great for Q&A sessions: they are typically rated well by the followers as they offer a great opportunity to get involved and enjoy direct communication. This is an important piece of the puzzle when it comes to building your reputation: making your customers and clients feel as they are (in their own way) – a part of your company. Shared values mean steady brand loyalty which brings success and profit as the latter results.

Around 25% of hashtags we want to use are already being used for a different purpose.

However, do not open up Q&A sessions during times of crisis! In 2015, one sea-entertainment park was being attacked from many sides because of the alleged animal abuse cases. Their PR team thought it would be a good idea to try and be transparent about it. It is a good idea indeed – but only if you have nothing to hide and are prepared to answer some questions. Unfortunately, this was not their case. The lesson? Don’t do your dirty laundry in public, i.e. on social media. Sometimes it’s better to stay low key until after the storm is gone. 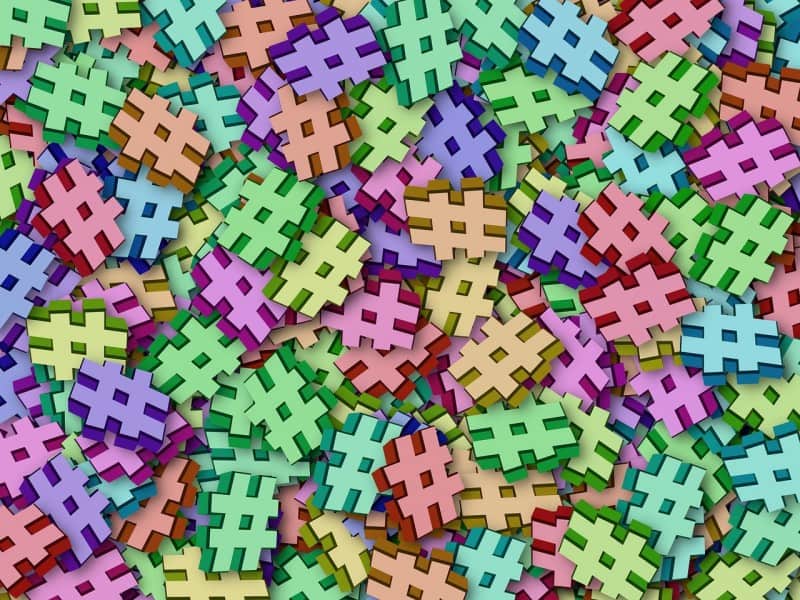 Not Quite Thinking Your Message Through

One of the biggest mistakes is not considering the profile of the consumer and perceiving everything from your own perspective. Your sense of humor might make you think South Park is awesome but for other people – it may be highly inappropriate. Ultimately, it doesn’t matter what you think and feel but what your target group does. Think twice before posting: some risky posts are ok as they can spark an interaction but don’t go too far.

In addition to overlooking the profile of your audience regarding their humor preferences, you need to analyze your marketing message from every possible angle. Here is a real-life example you can learn from.

Last year, there was a social media campaign with the goal to empower women but it completely backfired because of the slogan. It included imperatives such as “Look like a girl, think like a man”.  The ad for their product implied a gender division by reinforcing patriarchy and narrowing women down to their pretty faces while men were recognized as leaders and intellectuals. Of course, it caused harsh reactions, especially from women. The brand soon apologized for their unintentional insensitive message.

Many companies and entrepreneurs overlook the true power of social media. In addition to bonding with your target group, building brand loyalty, increasing traffic and exposure – social media is an excellent tool for generating mouth-to-mouth marketing. This form of marketing stays irreplaceable in means of strengthening your position on the market and transitioning your message from the virtual world into the real one. But before clicking that “post” button, take a deep breath, proofread and make sure you’ve analyzed the content you’re sending out to your audience. You have to provide them with value in order to get something in return.