So, everyone’s talking about this new chatbot sensation that’s going strong these days. It seems as though we’re spending more time talking to bots like Siri and Cortana than we’re doing with humans. But are chatbots just a fad that comes and goes, like choker necklaces or extra tight pants, or a real valuable addition to the world we live in? Are they better than text or voice search? We’re here to find out!

To start you off with some good old-fashioned geekiness: there’re robots and there’re bots. They aren’t the same, and the word bot isn’t simply a shorter form of the word robot. The main difference between robots and bots is that robots have bodies of all sorts of different shapes, and bots don’t. This means that Optimus Prime is a robot, but the computer from Star Trek is a bot, actually.

Chatbots have been around for a while, since the sixties, to be specific. The evolution of chatbots has brought us modern bots, and the days of weird interactions with Yahoo messenger bots are thankfully over. Of course, we have a long way to go before we can speak to robots like we do with people, but the recent advances in bots like Siri have shown us all that those days aren’t that far away.

If you wonder what’s the real benefit of bots for you, the user, don’t worry. We’ve rounded up a few interesting ideas for you to try out and let us know how they work. 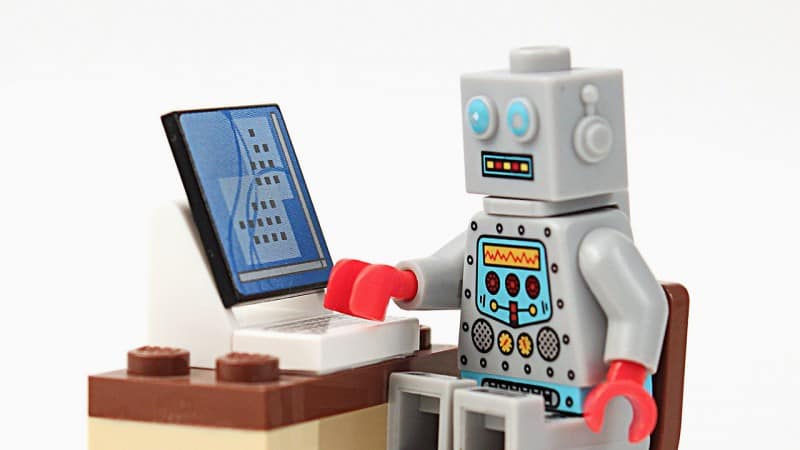 Use Them To Hire People

Well this is something new, isn’t it? Bots aren’t only good for solving small, simple tasks like telling you the weather or the score in a football game, but can also be used to take the complexity out some pretty demanding and confusing tasks, like hiring designers and developers for a project.

A chatbot named Tara can help you hire freelance contractors for your next project by simply talking to her about your needs and wants. The way this works is simple:

After some input from you, Tara will find the best people that can get the job done in your desired timeframe and even tell you their names so that you know who they are when they contact you for the details.

This relieves a lot of the stress you might have when you have to hire someone quickly because the process is done by the bot and the company behind it, and not yourself. This leaves you with more time for planning and fewer worries.

Of course, Tara isn’t doing the process all by herself, and the team behind her says that the process of hiring freelancers is currently “55 percent automation and 45 percent human assistance”, so you don’t have to worry about the bot making mistakes, everything is still double-checked by experts.

We bet you didn’t think this was possible, right? Enter, RightClick.io, a site that does precisely what the title suggests: it builds you a website by listening to your inputs over text. It sounds really weird when you put it like that, but the AI behind the site is extremely smart and able to make its own decisions based on what you tell him to.

For example, if you want to have a section of your site that showcases your team, you can simply tell that to the bot, and consider it done. You can also specify the names and the number of your teammates, as well as upload their photos, and the bot will do the rest.

The tool and the bots that do the work are still in development but hint at a huge thing in website building. Building sites with bots can be the easiest way to make a site yet, and this can turn the tables and provide websites for everyone that doesn’t know how to make them, or simply doesn’t have the time and money to do so.

Of course, sites and bots like these won’t cost any web designers their jobs, but are still a refreshing idea when it comes to the tasks we once thought were “human-only”.

Once you’ve got that robot-made site, it’s only logical to place it on a great domain name, because if your site is high-tech, it’s domain should be as unique as possible, too!

Use Them To Order Food

Tacos, to be specific, and from Slack!

The ability to order tacos from inside your main office communication tool is huge. Huge, we tell you! It might not have the appeal of custom websites or hiring freelancers, but it lets you request tacos without even having to leave Slack. This is, of course, great for teams that can use the bot to customize their office order of tacos in bulk and enjoy their deliciousness when they arrive.

The TacoBot brings all of the best things about bots into one delicious package, and it stands strong between tens of other bots for Slack, including the customizable Slackbot, the bot that lets you play Connect4 with your teammates, and the cute Oskar that simply exists only to ask you how your day is going.

Ordering tacos is done by simply requesting the type of taco from the bot, and adding bacon until you feel bad about yourself. That’s about it. Still, there’s the need of humans in the process because, sadly, robots don’t know how to make tacos yet. 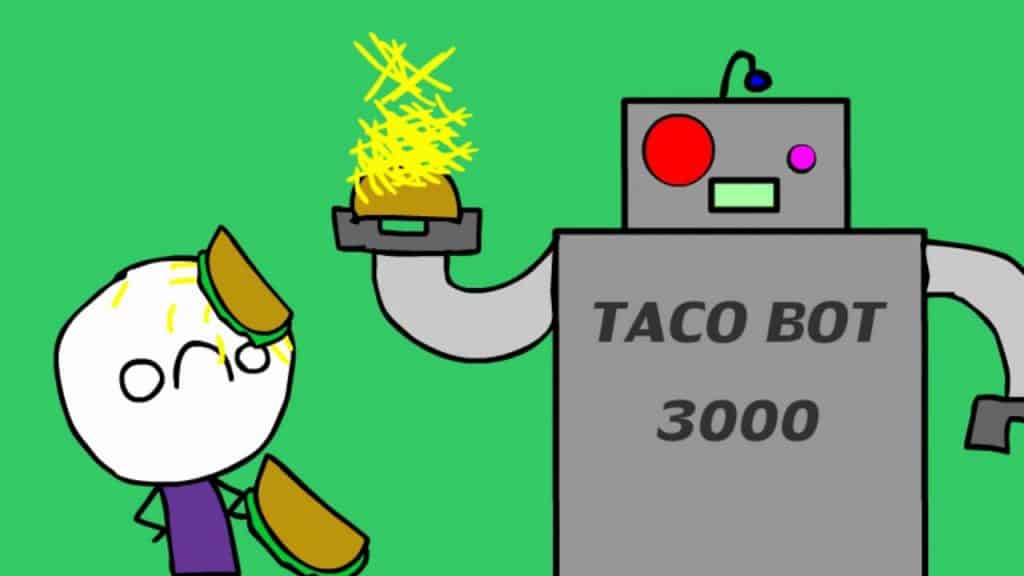 Delivery is still taken care of by real people, and the tacos are pretty real, too.

Get Food And Drinks On Games

Imagine the situation: you’re in the stadium, watching your favorite team in the most intense game of the season, and you feel both hungry and thirsty at the same time. Getting up and grabbing a beer or something else is out of the question because of all the action you’re missing, and you’re unable to find a person selling anything anywhere.

A tragic situation indeed, but perhaps chatbots can help. You see, Kik CEO Ted Livingston has described a version of the future where problems like the one above will be a thing of the past. You’ll simply open up your Kik app, scan a code on the seat in front of you, and open up a chat with a bot.

You can then request all sorts of things from the bot, like food and drink, or both. Your request will be forwarded to the people in charge, and your order will be delivered to you because the app knows what’s the number of your seat. This won’t make your team win the game, but it will surely win the hearts of sports fans everywhere.

Send Flowers, Because Why Not!

Of course, there’re tons of Messenger bots that you can talk to about the weather, sports or just about any topic you might find interesting. One of the best, however, is the neatly called 1-800-Flowers bot, that lets you buy and send flowers wherever you like straight out of the Messenger app. The principle is simple: you want flowers – you contact the bot. You can jump through all sorts of occasions, types of flowers and other categories so you find what you’re looking for.

With Messenger bots like this, and the cooperation of .ME and Messenger through M.ME, getting things done has really never been easier. If you’re in the US, give the flowers bot a try, and we’re sure you’ll like it!

Bots are perhaps the most talked-about thing today. We’ve yet to see the avalanche of startups and other companies that desire to be known as the ones that helped make chatbots a thing, and there’s no doubt that there’s a large market that exists out there. The chatbot revolution is upon us, and the future’s looking bright.

Sites like ChatClub.ME are at the forefront of the Messenger chatbot revolution, and we’re extremely eager to see what the future has in store for us.