You’ve certainly watched the Discovery channel or any other science show, in which fascinating medical breakthroughs get visualised in compelling 3D animations. These visualisations are especially intriguing when it comes to explanations of what goes on inside human bodies, on a cellular level.

Since we cannot actually see these processes live, various presentations help us to fully understand them and learn more about what’s happening beyond the reach of our eyes. This is important not just for common people who have an interest in science, but also for medical students who are learning about diseases and moving towards becoming doctors or researchers.

But, have you ever wondered who actually creates these visuals?

It has to be someone who managed to master both worlds – science and art equally, which seems like an extraordinary profession.

Preventing Science to Get Lost in Translation

Back in 2012, communication teacher named Melissa Marshall held a TED talk in which she explained the necessity of bridging the communication gap between scientists and engineers, and common people whose lives are directly affected by their findings. Marshall gave some advice on how to overcome the problematic scientific jargon by using analogies, without compromising the idea along the way.

Generally speaking, communication is a sensitive matter, but in science – misunderstandings might have more serious consequences.

For instance, finding new ways to push through the old dogma of academia is a priority for those working within the area of translational research. Scientific findings mean nothing if they stay trapped within research papers, without actually being applied where it matters – in healthcare. There are two key stakeholder groups here: scientists and clinicians. The problem is, these groups have different academic and cultural identities, which often prevents them to actually hearing and understanding each other. 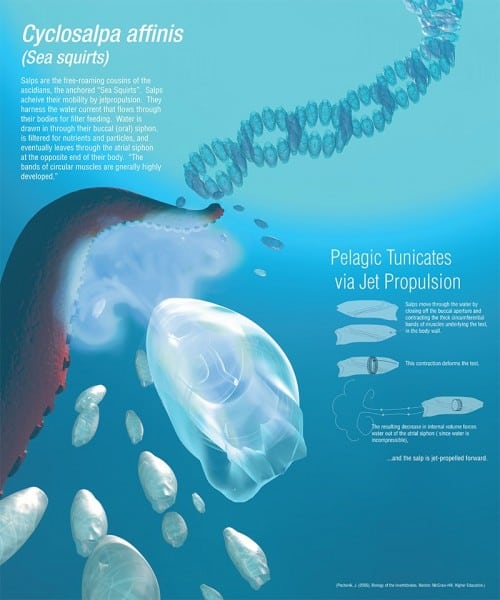 Overcoming this type of miscommunication is a challenge that requires time and plenty of resources. In addition to actually adapting the language to the audience, it’s a good strategy to include visual representations in order to bring notions closer. As a matter of fact, studies have shown that visual explanations improve learning, which should not come to as a surprise to us. Complex systems are directly deconstructed and explained through the power of visuals, helping the brain get a grip of something new.

That’s something Chinami Michaels is particularly excited about.

Chinami Michaels finished The School of the Museum of Fine Arts in 2015, but also went through biology training during her B.S. in Biology from Tufts University, as well as graduate training in biomedical communication during her MS in Biomedical Visualization from the University of Illinois at Chicago.

Working with biomedical researchers is a part of Michaels’ everyday. She focuses on identifying their communication pain points and coming up with a clear visual concept that’s supposed to help with overcoming them.

Her educational background helped her turn her creativity, honest curiosity, and love towards science into an actual career.

Michaels uses science and art in order to turn complex medical information into understandable images, videos, and animations. Groundbreaking research is easier to distribute when it’s explained visually; Michaels is well aware of how multimedia might be a powerful means in this context.

Working with biomedical researchers is a part of Michaels’ everyday routine. She focuses on identifying their communication pain points and coming up with a clear visual concept that’s supposed to help with overcoming them. Whether it’s digital media or print, she enjoys designing the best possible solution so that the idea gets through the scientific jargon and reaches its audience and relevant stakeholders, in a clear and understandable manner.

I’m intensely curious and analytical, so to me, reading the primary literature is a thrilling way to get as close as possible — outside of the lab– to new molecular discoveries.  Visualizing the molecular process is an addicting puzzle and makes me engage with the subject and researchers in a new way.

So far, she has worked on designing various storyboards, 3D animations, videos, interactive VR applications, and much more.

Within her personal website, Michaels has included her stunning portfolio divided into three categories:

You can see she has a vast experience of design programs that include Photoshop, Illustrator, and InDesign, as well as 3D modeling, animation, and interactive media.

Just take a look at her 3D biomedical molecular animation on the topic of The Lung Endothelial Surface Layer, which was designed for presentation purposes within a seminar that gathered anesthesiology researchers. It aimed to spark a discussion about the possibility of treating lung trauma patients using a molecular structure explained in the video. 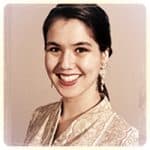 I’m driven to keep science and medicine from being lost in translation.Chinami Michaels, Biomedical visualization communicator

In addition, through this project – Michaels tested the differences between how the animation got perceived by the experts, opposed to those who are considered to be newbies in the industry. With the help of eye-tracking and cued-retrospective audio recording, as well as surveys – she has come to pretty interesting results she has published in 2017.

Animation has managed to bring more weight to the importance of the scientific topic in question and draw attention to it. Both tested groups reported they have learned a lot about the lung endothelial surface layer. Experts found the animation very engaging, switching between one modality to another (i.e. audio or visual way of receiving information) and they recommended the animation to their colleagues as a great way to start their lecture or presentation in the future. Non-experts also found the presentation engaging, but paid more attention to the animation itself than to the scientific facts that were showcased.

This underlines the importance of knowing your target audience when designing visuals that are supposed to simplify complex information and make them usable and compelling.

The volume of scientific research is rapidly increasing, and so is the need to represent this biomedical data. Both aesthetics and scientific accuracy matter.

Michaels knows this very well. In addition to working as a medical illustrator, at the exact place where art and science intersect – she also gives speeches and shares her knowledge with the community. Maintaining a dialogue about the best practices in biomedical visualisation is important in order for this discipline to move forward.

So far, Michaels has talked at the Neuroscience Publication Department at her institute, at the Lux Pacifica international Lighting Conference, at the SciVizNYC conference (this is where she presented the findings of her eye-tracking study we mentioned), and even at the IBM where she introduced the participants to ways of visualizing biological information in healthcare.

The volume of scientific research is rapidly increasing, and so is the need to represent this biomedical data. Both aesthetics and scientific accuracy matter.

All of these achievements can be found on Michaels’ personal website, which helps her control her online image and make herself visible to future clients, fellow artists, or researchers. Since science heavily relies on collaborations between various sectors, being reachable is of key importance.

In addition, the news section within the website enables Michaels to share everything she wants with her audience, without depending on the media space of other publications, outside of her domain. Being involved in significant events like conferences and seminars, she shows she is completely dedicated to her vocation, which differentiates her from others within the industry.

And what about you? What do you have to share with the world? Take advantage of this wonderful era of hyperconnectivity and leave your mark, just like Michaels did. Be original, explore what you can do, and allow others reach out to you.

Start working on your website today, it will definitely pay off. For a domain name, choose the most logical choice: .ME has been recognized as the most personal domain choice, perfect for personal websites. Check if your .ME is available and sail into the unknown!