The more screens we have, the more we tend to communicate in typing and tapping, but after a while, it gets kind of bland. Smileys, emoticons, emojis, gif, stickers – we use them in abundance to give a splash of emotion to the black and white streams of letters that make up a great part of our interaction with others.

Just like our facial expression does in face to face conversations (or video calls!), they greatly influence the way we perceive what is said or typed, reinforce the message you want to send, and, emphasize when we are just joking – many a friendship could have been broken by a misinterpreted joke has there not been for this little guy 😛

Researchers at Flinders University in Australia actually found that some emoticons activate the parts of our brains responsible for facial recognition. Although it does not activate in the same measure like when you look at another person directly, your brain really recognizes 🙂 as a smiling person, and since our mood gets better when we see someone smiling, an emoticon makes us physically happier.

However, while your brain “recognizes” 🙂 as a real face its mirror twin (-: will remain just dead punctuation on the screen, another research showed.

In addition, emoticons are also associated with intimacy. This is especially true for men, who use emoticons much less when communicating to one another, but abundantly so in mixed company and when texting women.

Of Chimps And Men 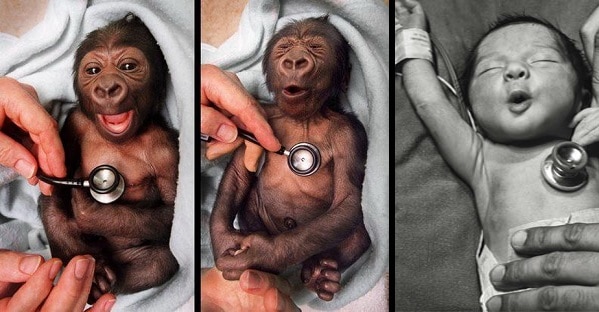 But why is a (smiley) face so important to us? The secret lies in the fact that, no matter how evolved we think we are, our communication system is very much like that of other primates. Monkeys and apes base on their communication on vocalization, gestures, facial expressions, body movements and scent, and we do just the same.

Regardless of the culture they come from or the language they speak, people can recognize some basic emotions like anger, sadness, threats, curiosity or pleasure on the faces of others. If you look at a face of a chimp, you will be able to read it just the same.

So looking for a facial expression that follows the message is a hard habit to kick – we’ve had it for millions of years.

Emoticons are our little evolutionary and emotional hack, a simple and effective wayto bridge geographical and emotional distance and satisfy a few million years old habit. It really is not a bad feat for a few punctuation marks. 😉

Here’s one more hint for you: You can get an extra hit of emojis and emoticons in your life,from Simeji.Me!