Facebook has just announced a new game format for their popular Messenger app, and we’re pretty excited to find out more about these HTML5-powered beauties!

But first, let’s rewind a bit, to the spring of this year. Facebook got into headlines by making a hidden minigame inside of their Messenger app that lets you play a simple game of basketball against anyone you can chat with over the Messenger app. The game is pretty simple, but insanely addicting: you just fling a basketball with your finger and try to score as much as you can.

This was so addictive that I have spent at least a few hours myself simply challenging my friends to a quick game of finger basketball, and the game was almost universally well received. Facebook followed along with a football (or soccer, America) themed one launched at the time of the European Football Championship in June, and it was a huge success, too.

More Than Just A Bit Of Basketball

It’s easy to connect the dots now and realize that these two minigames were actually prototypes of this kind of gaming that you can access from within Messenger because Facebook has stepped its game up a notch and now actually provides you with real games from inside Messenger!

Games are a personal and a social experience, and the last revolution in social games has proven that the games on social media are immensely popular (Farmville had $1B of revenue way back in 2013.)

The list of countries that can access these games is getting longer with each day, with 30 countries at launch and many others added on a daily basis, so the next time your Messenger app updates you might just get the chance to play something straight from the app.

The process of accessing these games is not as “secret” as the ones that used emojis to start basketball and football minigames, as Facebook has added a new icon specifically designed just to launch these titles. What you need to do is:

This is pretty straightforward, and as of today, you can play around 17 different games with your friends, family, and coworkers. These span from classic titles like Pac-man, Space Invaders and Galaga, to the most modern games like Words With Friends, Endless Lake, and Wordalot. There’s a little bit of something for everyone, that’s for sure.

So, what does this have to do with marketers?

Social Gaming Is A Booming Industry

Well, in case you missed it, there’s a whole lot of money to be made in gaming. Aside from being one of the fastest growing industries with annual earnings of more than $20 billion, mobile gaming is extremely popular. CMO.com tells us that if we can combine games and social media with our advertising message, we have a powerful and memorable tool to get your message across. Of course, this is one of the most important factors of advertising, and games really help you with it.

Social gaming is no new thing. We all know someone who (still) plays Farmville or Mafia wars on a regular basis, but did you know that users in the US alone spent more than 400 million hours a month immersed in these games? That’s a lot of hours, people.

Marketers are tapping into that sea of opportunities with large budgets and tailored campaigns that are oriented specifically to these “casual” gamers. More than 20% of casual gamers have clicked on an ad while playing something like Farmville and even made an online purchase once they clicked it.

Games Are Better Than Ads

Create an Experience around the Brand 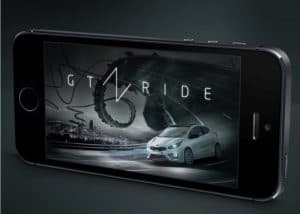 Viral gaming has managed to advertise Kia’s car called the pro_cee’d GT by using a social game where the users built tracks with their phones. The results? 180,000 downloads and more than 250,000 games played. This was more than enough to land Kia the Gold award for Social Technology in the Facebook Awards last year.

This is huge, and means a whole lot of things for you, a marketer, trying to get ahead with this new Instant Games trend. There’s a lot of things to look forward to, and one of the things that social gaming, regardless of whether it’s based on Messenger or not, actually does is that it allows the marketers to create an experience around the brand that is much more personal and fun than a simple AdWords campaign.

Instant Games are actually the second iteration of the social games revolution, one that is strictly smartphone-oriented and caters to the Messenger user who chats a lot and competes with their friends for fun. Games give us so many benefits when it comes to marketing, ranging from high engagement rates to good old-fashioned fun, and we shouldn’t disregard them as something designed for kids, but rather reap the benefits that are oh so plentiful.

We’re once again saying that gaming is both a personal and a social experience, and really, what better way of showcasing your personality than with a .ME domain?