Back in 1998 LEGO and FIRST decided to start an innovative project with the goal of inspiring young people to make their dreams and potentials in science and technology come true. Thus FIRST Lego League (FLL) was born. Today FLL has more than 265 000 teams in over 80 countries and in 2014, almost 16 years later, the initiative was introduced to Montenegro.

– Dean Kamen, a founder of the FIRST (For Inspiration and Recognition of Science and Technology).

The licence for organizing national competition was obtained by “Montenegrin Young Inventors”. With this, Montenegrin elementary school students aged 9 – 16 years got the opportunity to participate in FLL. Teams of 10 + a mentor compete in interesting tasks and challenges to which they provide innovative solutions. Their main task is to program an autonomous robot and win points in a thematic game by making the robot complete designated tasks.

This year, for the second year in a row, Montenegrin elementary school students had the chance to learn, test their skills and have fun with their teams and mentors. .ME has provided its support from the start and appeared as general sponsor of the event.

“Our children are the driving forces of tomorrow and it is on us to prepare them as best as we can. This is the project that will be very useful in the sense of exploration and improvement of education of our children.

– Predrag Lesic, CEO of .ME Registry 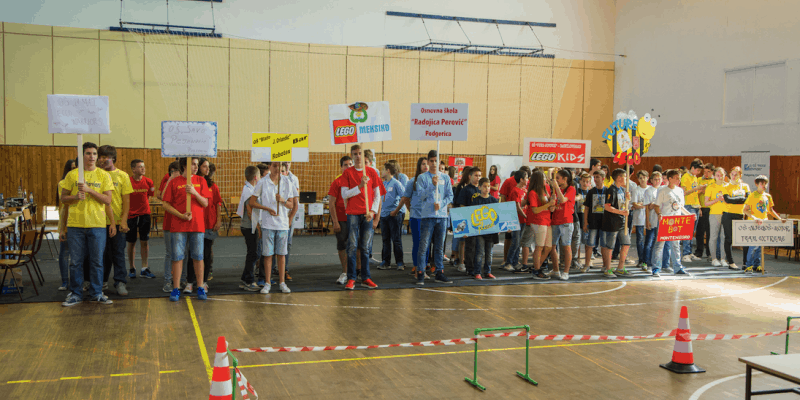 We congratulate all teams for their effort and enthusiasm and hope we will see them again next year! By participating in this programme, students increased their interest in science, engineering, inventions, research, learn about importance of teamwork and build self-confidence related to their creative possibilities. In the end, that is what we all wanted.