The beginning of March is that time of the year when Austin, TX becomes the pop-culture capital of the world. With South by South West gathering the brightest minds and talent from the world of music, movie and tech one can only imagine what kind of innovative competitions, shows, plays (and parties) will be organized at this year’s conference.

Well, one such event is SLASHathon – a music-oriented hackathon powered by GeekList and named after Slash, where developers create technology and applications within 12 hours. GeekList is a social network where geeks can connect, discover and share the great work they have done. Slash is a guy at the picture below (if you are still unfamiliar with that face, maybe SXSW is not a place for you). 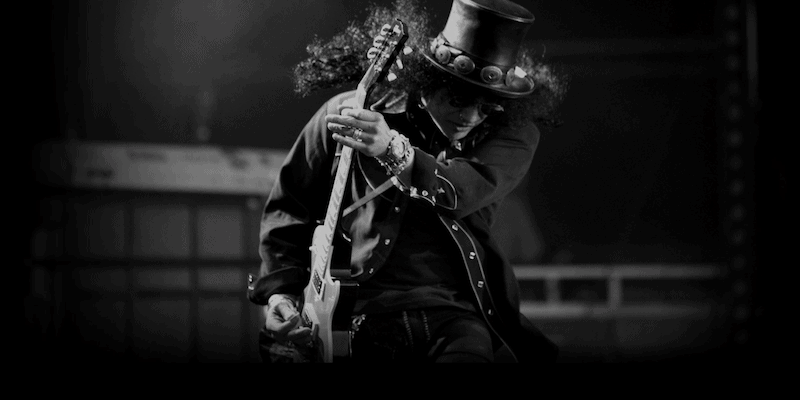 SLASHathon will be hosted on Wednesday, March 12th at Capital Factory (701 Brazos St #1601, Austin). Registration opens at 8.30 am and twelve hours later Slash will decide whether “a sweet hack of yours” is worth the Grand Prize. All the interested parties may register here.

The GRAND PRIZE includes a Gibson guitar autographed by Slash, $1,000 dollars, AND the opportunity to have Slash use the winning hack with the release of his new album, coming out in late 2014.

What does the .ME have to do with this?

SLASHathon is the first ever artist-focused hackathon and the crowd working on hacks is mostly talented young people from GeekList community (and beyond) who want to make a statement and stand out from the crowd. Since the .ME domain is mainly used for the personal branding online and perfectly fits the vibe of the event, we decided to hop in and add a bit of the ‘extra personal flavor’ by providing free .ME domains the participants may use to showcase hacks. We hope that Slash will be pleased.

Vuksan is professor of English language and literature working as a bizdev at .ME Registry, a fancy title meaning “doing everything you can to boost the number of .ME partners and registrations across the world". He is passionate about traveling, food, startups, domain industry and writing for .ME blog.