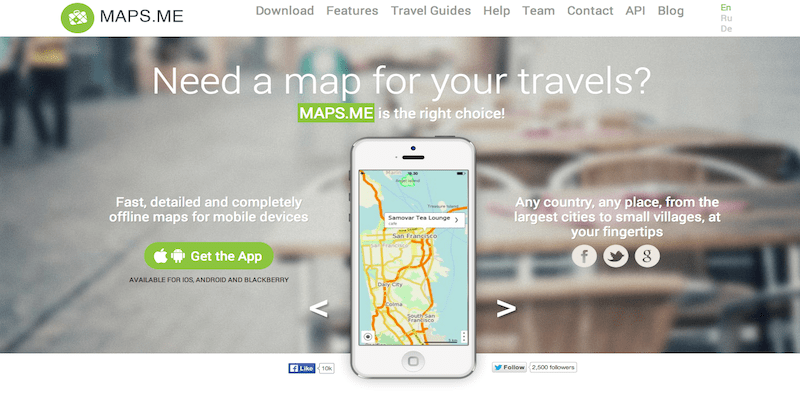 If you are tired of relying on online maps and often poor internet connection when traveling abroad, or simply want to spend money on a few drinks and eating out instead of on ridiculously high roaming charges MAPS.ME is an app to download. It comes very handy since it provides highly detailed offline maps of almost every country, city and island in the world. Launched in 2011, the app already has more than four million users with a plenty of new features being introduced every couple of months. Most recently, they have renamed the service from MapsWithMe to a more memorable (and searchable) MAPS.ME. To celebrate the allocation of one of our .ME premium domains to this amazing startup we called Yury Melnichek, the CEO and founder of MAPS.ME and picked his brains a bit in a short interview. So, check it out!

There are many companies, including Google itself, that provide offline maps and travel guides? How is MAPS.ME different and what sets you apart?

The major difference is completely offline operation. While Google Maps provide offline access to the maps, some features such as search and information about businesses are available only with the use of Internet connection. At the same time all features provided in MAPS.ME are available offline, which is very useful, especially for travelers.

Implementing offline mapping in Android/IOS/Blackberry does not seem like an easy task. What was the most challenging part of creating a minimum viable product?

Overcoming our own perfectionism was the most difficult thing to do. It was crucial for us to release the very first version of the app “as early as possible” to receive user feedback that guided us in the development.

Over four million users in less than three years is a great accomplishment especially in such a competitive field such as mobile maps. Can you tell us more about your user acquisition strategy?

Our main focus is building a great product. So, the growth has been mostly organic – our offline maps spread through the word of mouth and users would find them (and download) them directly from the app stores. It’s just about making a really useful product that people will like. 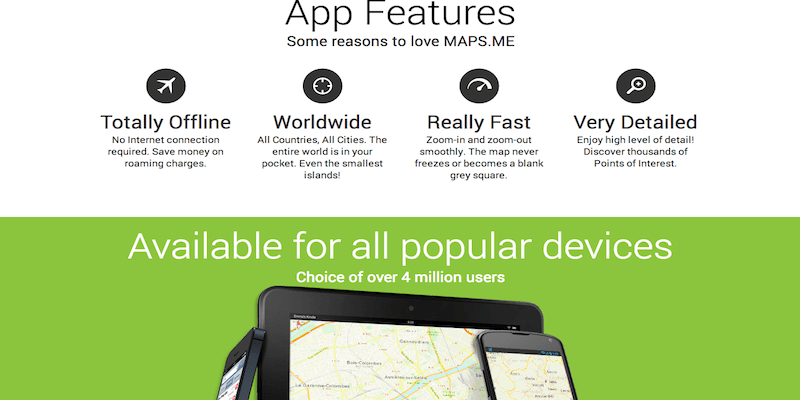 The pro version of MAPS.ME costs 4.99 USD, and this seems to be a major source of revenue. Are you planning to introduce any other revenue streams in near future?

Actually we do have some other sources of revenue from confidential partnerships. Unfortunately, we cannot disclose anything at the moment.

Who else, besides Yury Melnichek, is making it possible for us travel without being afraid that we will end up sleeping in the woods or on a bench?

MAPS.ME would be impossible without our great team in Zurich and Minsk, and of course without the whole OpenStreetMap community. Based on Wikipedia-like model, it allows millions of OSM enthusiasts to create maps on daily basis. They are doing a fantastic job and, most importantly, the maps are free for anybody to use.

If you were to do it all over again what would you change, if anything?

I would have used MAPS.ME domain from the beginning! It is shorter, catchier and more “pronunciation friendly”, which really matters if want to be truly successful on the global level.

Vuksan is professor of English language and literature working as a bizdev at .ME Registry, a fancy title meaning “doing everything you can to boost the number of .ME partners and registrations across the world". He is passionate about traveling, food, startups, domain industry and writing for .ME blog.