Up so far, we have talked about steampunk books, steampunk games & steampunk movies and television. Today, we’re going to talk about one slippery slope that is a bit harder to put in certain mold. Music. Hell, so far, the only steampunk sound that you’ve probably heard or imagined was steam exhaustion, or gear grinding. To describe music genera in terms of steampunk, you’ll need an open mind, no borders and some virtuosity.

If you try to find definition of what exactly qualifies as a steampunk music, you won’t find it. One of the most popular sites for steampunk music, Sepiachord doesn’t either. Most accurate definition would be by Captain Robert, real name Robert Brown, lead singer of Abney Park:

… mixing Victorian elements and modern elements in this science-fiction-era-that-never-was.

This isn’t very helpful when it comes to imagining steampunk sound. However, there are several acts that define themselves as steampunk, so you’ll be able to see how exactly broad the sound is.

Most Famous Names in Steampunk Music

Previously mentioned Abney Park is one of the most famous names. Formed in 1997, it started as a goth band, but in 2005 a change in lineup, image, sound and whole presentation changed to the steampunk expression. It included a whole background novel of why and how the change happened and they even released role-playing game. Remember when I told you in the first installment of Steampunk Summer that going steampunk is like falling down the rabbit hole? Well, you don’t fall, or you fall all the way in like these guys.

To proceed in a bit darker and a bit more rock sound, we’ll continue with Vernian Process. Taking its name from the works of Jules Verne, this avant-garde band formed in 2003. They often collaborate with Unwoman, a cellist solo performer (real name Erica Mulkey). She also worked with previously mentioned Abney Park and many other steampunk acts.

Frenchy and the Punk are Euro-American folk punk cabaret duo that is one of the most booked steampunk acts today. They perform on the both sides of the Atlantic ocean. Steam Powered Giraffe looks as wacky as its name sounds. They perform mime, looking like robots and their sound is a bit brighter and more cheerful that previously named acts. But if you want to reach a bit farther into comedy and rap/hip-hop (called chap-hop) kinda territory, Professor Elemental is your guy. 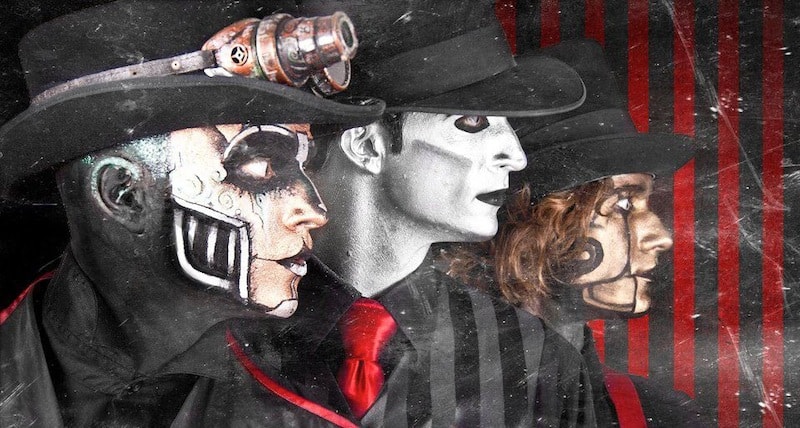 Unextraordinary Gentlemen gave nod to Alan Moore’s comic book series, and they also have an elaborate background story of how band came to be. It is occurring thing among steampunk acts. If you’re missing some ”oldies”, Good Co makes swing that is mixed with electro sound. It is hard not to imagine some vaudevillian place and transfer in some imaginary steampunk cabaret.

Going Off (The Current Course)

Unfortunately Doctor Steel, one of the most famous steampunk musicians and personalities, isn’t active anymore. His colorful style could be partially contained in terms of industrial hip-hop opera. I must also mention The Clockwork Quartet. This multimedia project started in 2011 and amongst art, table-top game and a graphic novel, there is a band that consists more than four people. As of March 28th this year, to be exact. Names sometimes can be deceiving. 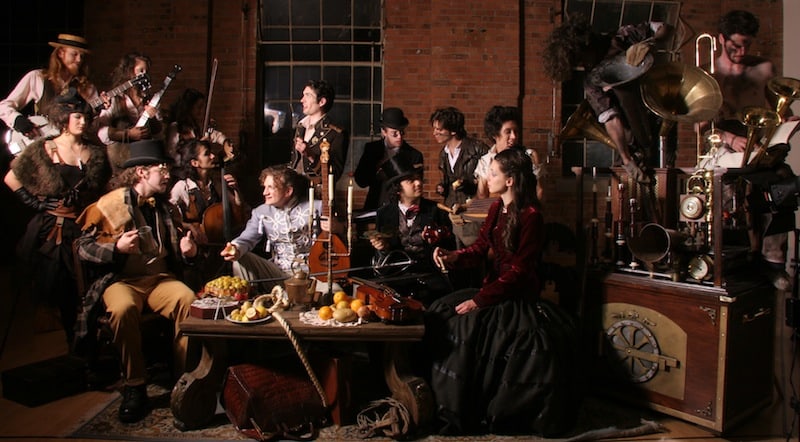 Are We In The Mainstream Yet?

Most of the steampunk musicians are self-published and aren’t related to any music label. However, this does not mean that steampunk music was/is retained only to the alternative music streams. Even mainstream music acts adapted parts of it, mostly the visual parts for music videos, but I must mention some of them. 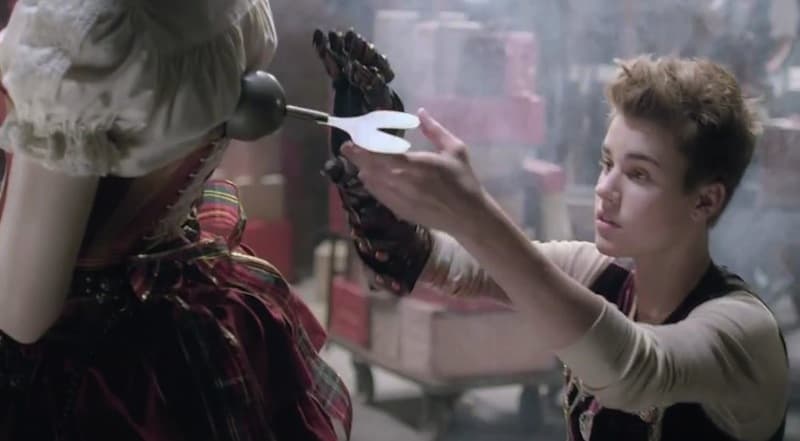 Thomas Dolby with She Blinded Me With Science for New Wave fans. Smashing Pumpkins with Tonight, Tonight and Panic! at the Disco with The Ballad of Mona Lisa for the (alternative) rockers. David Guetta feat. Nicki Minaj with Turn Me On is for those who like to dance. Even for pop-christmas people there is Justin Bieber with his cover of Santa Claus Is Coming To Town.

As you can see, defining steampunk music isn’t easy. Applying Victorian-esque aesthetics to sound is very abstract, but some of the musicians succeeded to pull it off. Personally, I love it when performers use cellos as an important part of the music. So who knows, maybe you will or you already have found your new favorite music act.