Today, our hearts are big enough for the entire world to fit! Two Montenegrin teams that participated in the FIRST LEGO League Open European Championship 2016 returned home with recognition for their hard work and inventiveness. Competing among 116 teams from 40 countries, team “MonteBot” won third place in the Robot Design category, while team “Montero” won first place in the Mentor category.

FIRST Lego League has been held annually in Montenegro since 2014, when Foundation Young Inventors of Montenegro acquired the licence to organize FIRST LEGO League (FLL) competition on a national level. With this, Montenegro became one of 80 countries from around the word that committed to this global initiative. 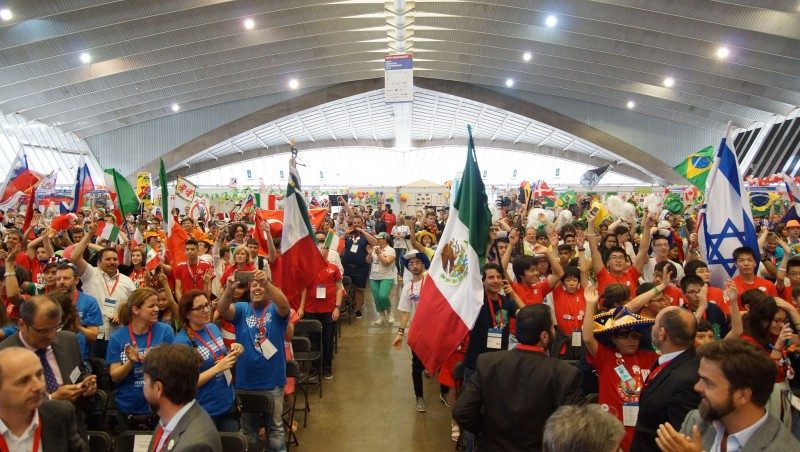 FIRST LEGO League is a robotics program for elementary school students age 9 to 16. It’s goal is to get children interested in science and technology thorough use of LEGO cubes, something every child loves, new technological solutions that puts them in the role of an engineer and teamwork. Teams of up to ten children, with at least one adult coach, participate in the Challenge by programming an autonomous robot to score points on a themed playing field, developing a solution to a problem they have identified, all guided by the core values of FLL.

Young people dream of becoming science and tech leaders. There is almost no child that has not assembled the famous cubes at least once. The mission of FLL is to inspire young people to achieve their potentials and dreams in science and technology. By participating in FLL program they are tasked with interesting challenges to which, though teamwork and with the guidance of their mentor, they provide innovative solutions. Participation increases their interests in science, engineering, invention and research. At the same time, they learn how important teamwork is and build confidence in their creativity. 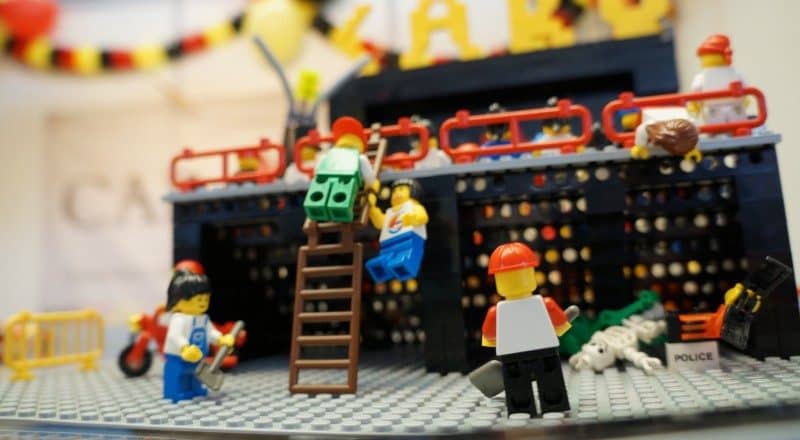 Each year brings a new Challenge that is based on a real-world scientific topic with world-wide impact. This year, the Challenge was called Trash Trek and teams’ mission was to make less trash or improve the way people handle the trash we make. Each team was required to:

This was the third year Montenegro held FIRST LEGO League on a national level where teams from 12 schools competed for the first prize and the opportunity to represent Montenegro and their school at the European championship held in Tenerife, Spain. And compete they did. Team “MonteBot” from Pavle Rovinski elementary school won trird place in the Robot Design category, while Branko Andjic won first place for his mentorship of team “Montero” from Radojica Perovic elementary school.

This picture really says more than 1000 words – it shows a genuine reaction and a soul-deep joy. The audience rewarded it with a long applause, something that was more than deserved. For me, personally, this photo represents the overall sentiment of the entire event in Tenerife.

– Srdjan Kadic, founder of the Foundation Young Inventors of Montenegro and organizer of FLL in Montenegro.

We are proud to have done our part to make this possible. .ME has provided its support from the very beginning, by serving as a general sponsor of national competitions, providing 10 LEGO robot sets for Montenegrin elementary schools, as well as sponsoring national winning teams and their mentors to participate in the European championship. Once again, it proves true that every investment we make in the education of children pays back tenfold. What we see are the movers and shakers that will surely bring about change and progress to their schools, communities and Montenegro as a whole.

Keep dreaming, keep moving, we could not be prouder of you!