Watching others play games is steadily becoming a very lucrative business, fueled by the rise of popularity of esports and gaming in general. It’s cool to be a gamer, and it’s fun to watch others play games, but what does this mean for you? Should you (and your brand) dip your toes into the world of streaming? Let us assure you that you should.

In this series, we’ll explore the topic of video game streaming, with an emphasis on the benefits of good personal branding for both experienced and novice streamers and esports enthusiasts, as well as opportunities for brands to majorly benefit from this new trend that is taking the world by storm.

In this article, though, we’ll get you familiar with all of the things you need to know about streaming, be it the biggest platforms, the opportunities that you can seize or simply the importance of having a good website on a great domain if you spend your afternoons playing Overwatch for strangers on the Internet. 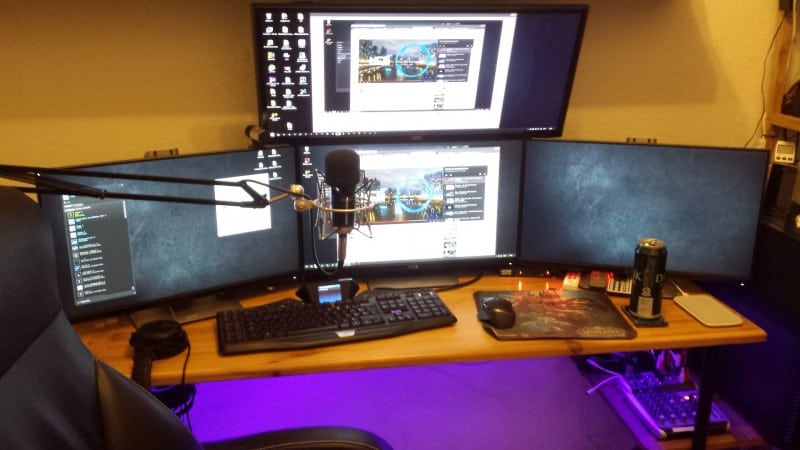 Where Did Streaming Stream From?

Streaming, in general, started its life in the nineties but didn’t really come to life in the way we know it today until higher-bandwidth networks became available and Adobe Flash made streaming of video content possible. Today Flash is largely replaced by HTML5, but until a few years back it was the biggest powerhouse behind YouTube.

Branding is extremely important for streamers, and there are different kinds of streamers that attract different audiences so there's a little bit of gaming for everybody.

When it comes to gaming, however, the history of streaming is often directly connected to the rise of esports and competitive gaming, but also gaming in general. The largest and most popular video game streaming platform, Twitch, has been around since 2011. and is already one of the biggest sites on the Internet.

Since Twitch started as an online platform for video game streaming, the industry has grown to see gaming become the number one topic on YouTube, and Twitch can now account for almost half of all of video streaming traffic used in the USA every day. That’s more than any other service.

The other numbers don’t lie, either:

Why Do We Watch Others Play?

Watching others play games doesn’t sound like an interesting thing to do, and yet thousands do it by the minute. There are a plethora of reasons why, but the three most important ones for me are:

The first reason I (and many others like me) watch video game streams on Twitch and other platforms, is because we’re pretty average at the games we’re playing. To put it into perspective, you can probably throw a ball into a basket but are still watching LeBron James do it with extreme skill because you appreciate watching somebody do something extremely well. It’s the same with gaming.

Another reason streaming of gameplay is so popular, is because all of the platforms that offer streaming possibilities are inherently social. This brings gamers together in a social media kind of way and makes them feel like they’re a part of a bigger community. Twitch is shaping up to be the number one contender for the title of a true “gamer’s social network” but Facebook’s new Live update is slowly catching on.

Being a part of something that is unfolding in real time can be really appealing, as you don’t really know what’s going to happen next – and can’t fast forward to see it. This makes streams much more interesting than pre-recorded videos, as they always have a dose of uncertainty in them.

The last big thing for me is the entertainment value of the streams and games. Some games (like the recent PlayerUnknown’s Battlegrounds) are very interesting and not readily available to large numbers of people, and that’s why people flock to the streams to see what does the game look and feel like, even if they can’t play it themselves. Some games, like esports titles, have almost infinite replayability and can be pretty different every time you start them up, which gives them a lot of entertainment value, both for playing and streaming. 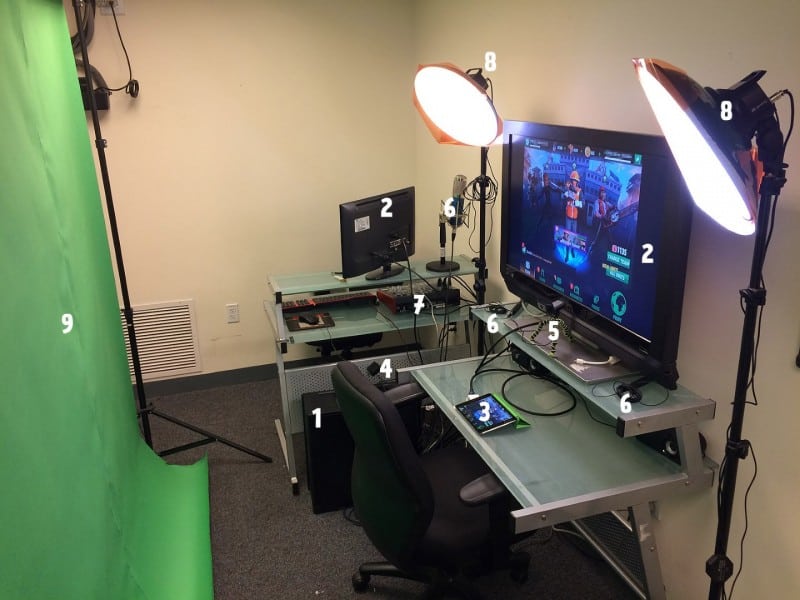 Who Are We Watching, Anyway?

So now that you got an idea of why people enjoy streaming, it’s time to know who are the people that amuse such large crowds over the Internet. A quick glance at the list of the biggest names on Twitch reveals that the top is dominated by Syndicate, a former professional esports player who started streaming after retiring from competitive esports.

More and more people are tuning in to game streams every day, and Twitch is aiming to be THE place for gamers on the Web.

This is not an isolated case, as there’s a trend we’re seeing in competitive esports of professional players taking to streaming platforms to play games while they’re not out on tournaments, and attract big followings while doing so. These “celebrities” of the digital age are well-appreciated in the gaming community, and their streams are always visited by a large number of people. Of course, there’s a lot of other, “regular” gamers who stream in their free time, and they make the majority of streamers on Twitch. It’s the possibility to stream that’s available to virtually anyone with a decent setup that’s drawing millions towards this relatively new platform, and it’s really tons of fun for everyone involved.

Of course, not all streamers are former or current professionals. Channels like Riot Games are owned by companies that make the esports titles we love, and thousands of other streamers are regular people with the means of streaming gaming content online. These can range from casual streamers that stream only for a few hours per week, to the more hardcore players that make a living off of these streaming platforms. 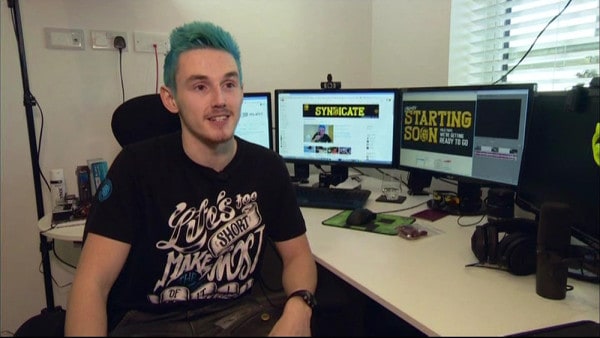 Can You Stream To A Good Life?

The question of whether you can make a living off of streaming video games is an extremely difficult one to answer. It’s true that there’s a lot of streamers earning the big money while playing video games from the comfort of their homes, but there’s also a lot of gamers who don’t attract such huge crowds. Luckily, they can brand themselves properly and make the best use of the fans they do have.

You see, when it comes to streaming, branding is everything. Not only the way you act on a stream can influence you, but rather your entire visual image. It’s imperative for any aspiring streamer to have well-updated social media profiles, as well as a website to drive traffic to. This last part is important because it lets you put up the latest news about streams but also to give yourself the opportunity to present your brand to the world.

Quite a few other popular streamers and pro players have their own personal and community websites, like itmeJP, Destiny, Cohhcarnage, Towelliee, Grubby, Sheever and GuardsmanBob. 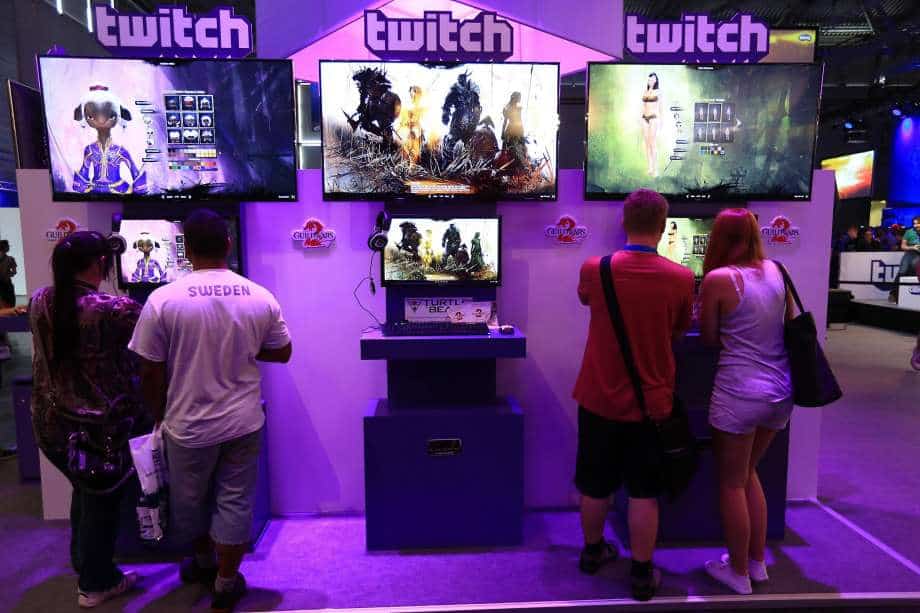 What most of them have in common is something extra for the community, compared to their Twitch channel. They have things like the schedule and the about section, but also forums, exclusive chats, additional subscribing options, news, countdowns, merchandise, sponsor pages describing deals, what matches they will cast or music library available to viewers via bots.

If you still aren't convinced that streaming is the way to go, why not try it out for yourself - perhaps you will fall in love with it!

With a good website, you can soon start building your own brand that you tailored through your streams, and also have the opportunity to start a webshop when the number of your followers increases.

Websites are really a necessity rather than a possibility, but a lot of streamers make a living off of donations, too. By receiving donations from visitors, streamers can make tailored thank you notes to real people, and talk to them in real time. Streams are also a good way to stage giveaways that provide the brands with a great opportunity to place the products directly to the audiences that follow the esports athletes they sponsor.

When it comes to the most popular esports marketing channels in general, Facebook and Twitch are holding the top firmly, and one of the most effective esports marketing practices according to a survey conducted on more than 400 brands, influencer targeting on Twitch and video and streaming are among the top five practices brands resort to when talking about gaming.

More than half of all esports marketing activities include Twitch, Facebook Live and similar streaming platforms, and the research goes on to put streaming at the very top of the food chain when it comes to the possibilities to present your brand to this new, dedicated audience. 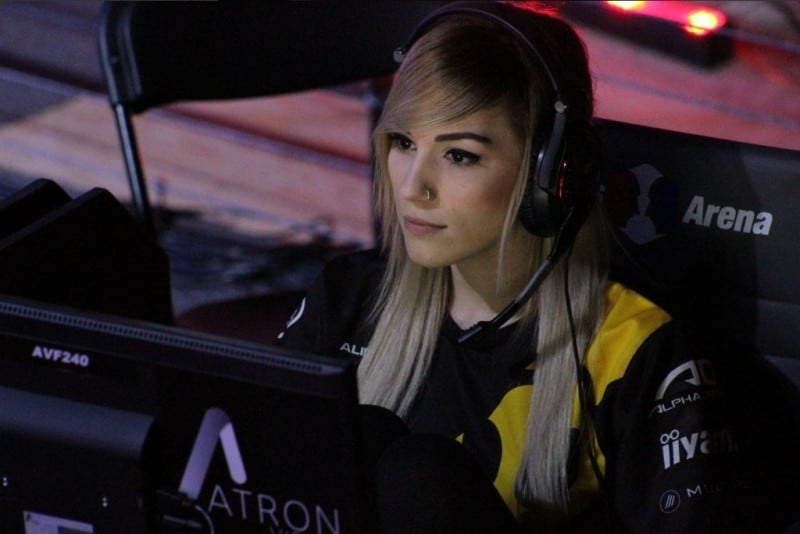 At the time of the writing of this article, I’ve received the news that the well-known Team Dignitas will start streaming on Facebook Live, as well as Twitch. They will be the first big team to do so and are sure to attract lots of followers to their Facebook site in the time of streaming. This only goes to show that there’s a lot of perspective for the new and emerging Facebook streaming feature, and we’re yet to see more of it in the following weeks and months.

All in all, esports and streaming go hand in hand and are sure to stick around for years to come. We’ll be learning a lot more about streaming in our following article, but for now, make sure you register that new domain name for your future streaming empire, and don’t forget to tune in for our next article in the series, two weeks from now!

Update: We’ve received the news that Brandon “Seagull” Larned has stepped down from the main roster of NRG Esports, to dedicate his full time to streaming. One of the most popular Overwatch streamers, Brandon has found that it’s better for him to stream regularly than to compete in tournaments, something that really tells a lot about the perks of the streaming industry.