Someone said that documentaries are like malaria – they spread around the globe very fast. Particularly among young generation of filmmakers, who use D-films in order to explain the world we live in.

„People want bigger truth about reality – it is the truth different from the one we see in traditional media or in Hollywood.“

UnderhillFest, International Documentary Film Festival, that took place in Podgorica from 3 – 12. June, showed us once again why real-life is better than any fiction!

Starting from the exhibition of the documentary photography, which was organized for the first time in Montenegro (I really hate this expression: „The first time in Montenegro…“, but I need to emphasize that these photographs – depicting life at refugee camp in Konik, farming work, floods in Zeta or demonstrations during the Pride Parade – are shown for the first time. Something I find very surprising!) to movie screenings that were organized every night in the amazing garden of the Soul II Soul coffee bar. The authors of the majority of the films screened were also guests of the Festival, so they were available for questions from the audience after the screenings (Here I have to commend the audience that each year seems a little bit less shy about asking questions). 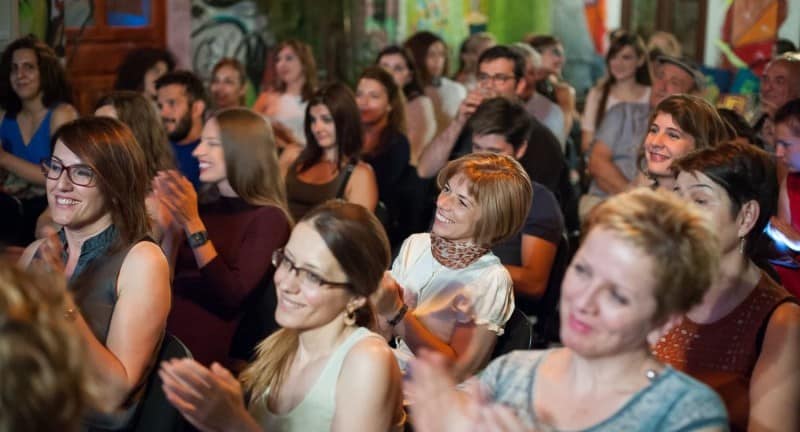 This year we had dedicated a special segment of the Festival to D-films and great food, or how we named it “Documentary kitchen”. “Documentary kitchen” was a segment where people who are interested in documentaries or who are planning to make one could hear very useful advice about the production of D-films – how to raise money, which are the obstacles you have to face and how to overcome them, the need of having directorial background in order to make documentaries (the answer is NO)… I know a lot of people who wish to make a documentary movie in the future, but still not many of them came to hear people like Regina Schilling, director of the „Tito’s glasses“, Eroll Bilibani, executive director of another great festival – DokuFest, based in Prizren and the rest of very accomplished movie directors that were there.

So, I wonder, where are those young people? I don’t have an answer. Maybe it is „the heat“ problem ( „It is a hell outside – can’t go anywhere…“) combined with good, old Montenegrin inertia („Let it go, there’s someone else who’ll deal with it…“). 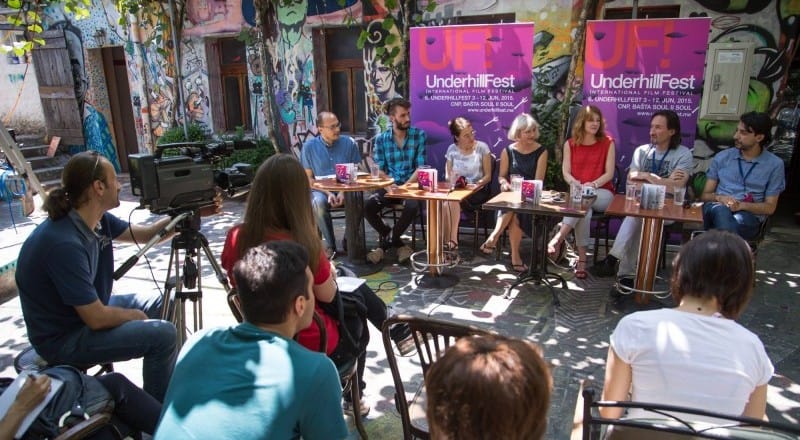 I would love to see at least five interesting documentaries being made in Montenegro every year. This year we had two in the competition. To make a good documentary, there’s no need to discover some big secrets or denounce corporations or governments. You just have to take a look around – „The world is as interesting as we are curious“. For example, film „Karst“ got a Special Award in Regional Competition and it’s been filmed in Montenegro. The author is Vladimir Todorovic from Serbia. Film follows the process of constructing a house for the italian diplomat in the karstic landscape of Montenegro. This award is shared with another movie, „Happily ever after“, which was directed by Tatjana Božić from Croatia. It looks like typical chick-lit, but it actually portrays the emotional life of Tatjana in a both humourous and brutal manner. And when someone exposes herself that much, you can’t stay indifferent… Film of another Croatian author, Igor Bezinovic, named „Veruda – Film about Bojan“ in more than half an hour, sums up a life of a young man from Pula who spent 20 years in the city district Veruda. It is also the Winner film in Regional Competition. And I have to mention the film of Hanna Polak „Something better to come“ which was filmed for 14 years (In your face, Boyhood!) and speaks about the life of Yula, a girl who grows up on the biggest landfill in Europe. I can’t remember the last time some film hit me to the core so much that I could not speak for a few minutes after the screening.

These were just some of the D-films that made UnderhillFest worth visiting. People recognized that and the garden of the Soul II Soul coffee bar was full every night. Even when it started raining during the film screenings, nobody left! „This is a test – if people don’t leave, it means they really like the film“ – texted Adriana Altaras, lead protagonist of the german film „Tito’s glasses“, when the audience completely ignored the rain during the movie. They wanted to see Adriana’s quest for discovering her family roots. 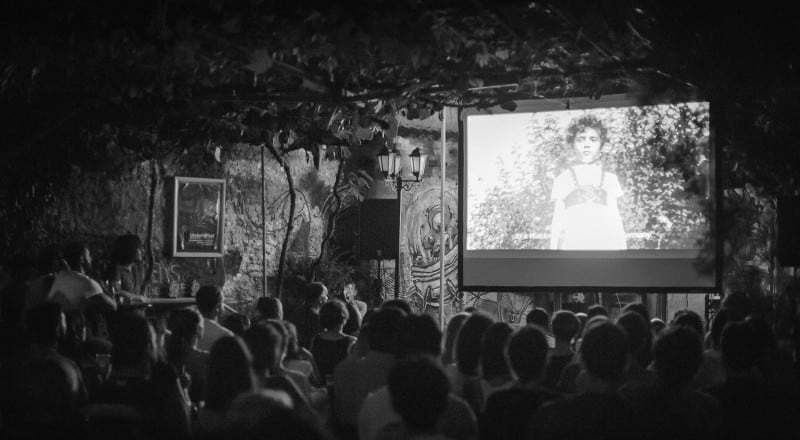 Beside culinary delights from “The Documentary kitchen”, this year we started sharing Web Chronicles of the Festival on our YouTube channel, with the great support and help from .ME. Social networks are the fastest means of sharing information, particularly for young people – and we wanted to see more of them in the audience. We knew that we couldn’t count on the coverage from traditional media as being sufficient. After all, you probably know how newsrooms for culture in traditional media work. You don’t? Well, it is unfortunatelly not the section that attracts most viewers/readers nor sells the media, so journalists were seldom coming to UnderhillFest events. That’s why we decided to have our own media during the Festival! You have a camera, editing software? Internet? – 3,2,1… you’re in the air! Journalists in Montenegrin media downloaded our video-content for free, and web-portals and festivals of documentary film in region shared it! As a result, the story of one international festival, organized in a small garden in the Njegoseva street, reached more adresses around the globe than it would have reached if the same video-story had aired on some TV channel.

Video-equipment and editing software are more accessible than ever. We only need to look around to find a good topic for the film that could be screened at the next UnderhillFest.

Ambitious? – Not at all.

Meaning of the D-films is more stretchable today. You can play with different genres and combine it with the feature film, journalism, memoires, satire… As I already said, real-life can be weirder and more interesting than anything we could make up.

After graduating Journalism at the Faculty of Political Sciences, worked as a journalist in print/radio/TV media in Montenegro. Currently a freelancer. Engaged in international projects about culture, art and journalism.