Few thought that the NBA will grow to be one of the biggest sports associations back in 1946. but look at it now. Same can be said for esports, and we’re going to show you just how fast are esports winnings growing, and how does it affect the players, the teams, and marketers who are jumping on the bandwagon as you’re reading this.

The connection with the NBA isn’t accidental. As more and more NBA personalities, players and franchises are digging deep into esports, it’s a connection that brings together one of the most famous sports leagues in the world and the emerging world of digital sports. Of course, there’s a lot of money to be made both by the teams and the players, but as the brands flock to the newest trends we have yet to see the real boom in esports financing.

We’ve already talked about who these esports athletes are, and how they aren’t making the best out of their online popularity when it comes to their own websites, but today we’re talking about something more tangible – money, as well as giving you the nudge you need to start an esports-related website on our domain, whether you’re an aspiring player or a brand that needs to spread to the world of competitive gaming. 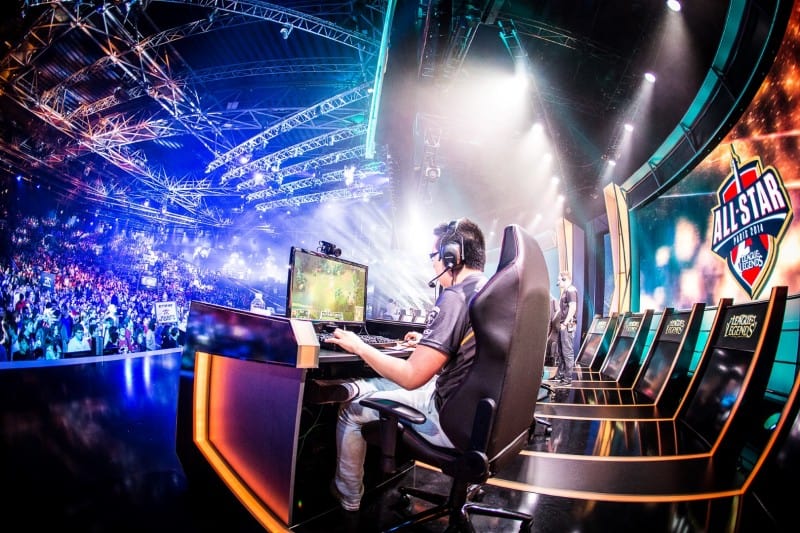 Esports Are Getting Bigger – And Richer!

According to the market intelligence reports from Newzoo, the value of the esports economy on the global scale was a little less than $500 million last year and has the tendency to grow to more than $700 million this year. This is an increase of value businesses can only dream about, and it’s happening right in front of our faces in the world of esports. Marvellous!

When we talk about the financing going on in the business, there are 5 streams of revenue for esports:

We’d like to add another revenue stream that combines both the aspects of advertising and merchandise, and that is the website of the player or the team. The faces of the esports brands like Fnatic are their websites, and the Fnatic website soaks up around 600,000 views a month, just from people who want to follow the team and learn more about esports. This can also be your ticket to great brand recognition, as people are extremely interested in visiting websites of teams and professional players alike.

Esports are easy to get into, but hard to master - and that's why you need all the help you can get to keep your content in one place.

All these streams combine to make esports one of the fastest-growing markets for both hardware and software manufacturers, but also brands that are trying to get familiar with the next big thing. Esports have been called “the biggest disruption to hit our industry since the iPhone”, and that’s not an overstatement.

Esports competitions and the surrounding content make sure that publishers grow active communities around their products, prolonging the lifespan of their games and making them true entertainment brands, and of course, making them quite a bit of money.

Starting With The Numbers

In 2016., there were 424 esports events with a prize pool above $5000 in the world. This includes all competitive games and all platforms, ranging from PC games like Dota 2 to Super Smash Bros., for the Nintendo Wii. Of course, some tournaments (and games) pay up a lot more than others, with the biggest prizes given away on the Dota 2 International tournament, where the prize pool was filled with a staggering $20.8 million, and the winners Wings Gaming got their hands on a little more than $9 million once they won it.

Websites are the primary aggregators of content for both esports players and their teams.

It’s no surprise, then, that the most successful professional gamers are actually dwarfing the world’s finest Olympic athletes when it comes to the money they earn. For example, the United States awards each gold medal with a nice $25,000, but the winner of the Hearthstone World Championship took home $250,000. Have we mentioned that there are far more championships and tournaments than there are Olympic Games?

The total prize money raised (and given away) in competitive esports last year was a little more than $93 million, dwarfing the $61 million given away the year before. This increase in earnings goes to show that esports are sure to break the $100 million, with the famous International probably leading the charge once again.

Team Fnatic has earned more than $7 million from tournaments to date, but their real strength lies in diversification. They started their own line of esports hardware called Fnatic Gear which they sell on their website, along with other branded goods. This dive into the hardware market came from the desire to actually design something for the real gamers, and after a successful IndieGoGo campaign, Fnatic now sells headsets, mice, and keyboards through their website.

This only goes to show that there’s a lot more to esports than simply playing and that a great business idea can make your web home stand out, and bring you great profits if you use it in combination with your gaming skills. A good website can make you reach audiences and then sell your products to them in a way that no social media network can.

The reason behind the immense prize pool of the International is fairly simple, and is made out of two sources of funding:

Contrary to the other tournaments where the award money is given either directly by the developer or by the sponsors, this business model made the International the biggest esports tournament by earnings in the world for years. 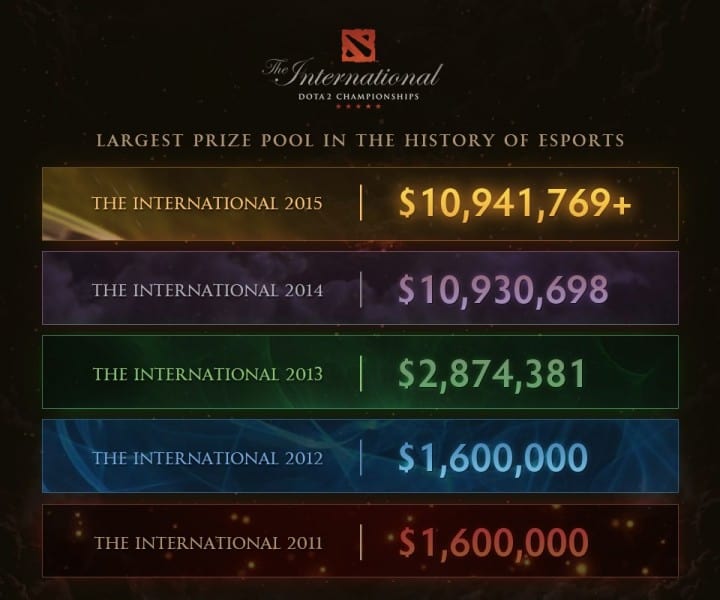 How Much Are The Fans Worth

As the number of esports fans rises, so does their value for brands and sponsors. The more fans a certain sport has, the more money starts streaming in from all sides, thus making the fan worth a certain amount of money to the brands that are invested in the sport. For example, an average annual revenue created per fan of the NBA is around $20, and $60 for an NFL fan in the USA.

Compare that with the average worth of an esports fan of around $3.5, and you’ll be quick to judge that esports fans aren’t that lucrative for brands. But you’ll be most definitely mistaken, because we tend to forget one small thing: the age of these leagues.

Esports is the biggest disruption to the market since the iPhone, and your web presence in the world of esports is priceless

Remember, the NBA was founded in 1946., and the NFL’s inaugural season was almost 100 years ago, in 1920. Esports have started to become a big hit in the recent decade, and esports fans are already worth almost a fifth of what an NBA fan is. If the trends continue in this direction, we can expect nothing but steady revenue growth in the following years, a fact that should excite everyone involved in esports, and by that we mean you, dear reader!

When talking about revenues and audiences that make those revenues possible, we’re also seeing a steady growth in the numbers across the board. “Classic” media like Fox and ESPN are already deep in esports, and even brands like Bud Light are spreading the word about gaming to their respective audiences. Around 130 million esports fans are active today, and there are another 120 million people tuning in occasionally to watch a match or two. That’s a huge developing market!¨ 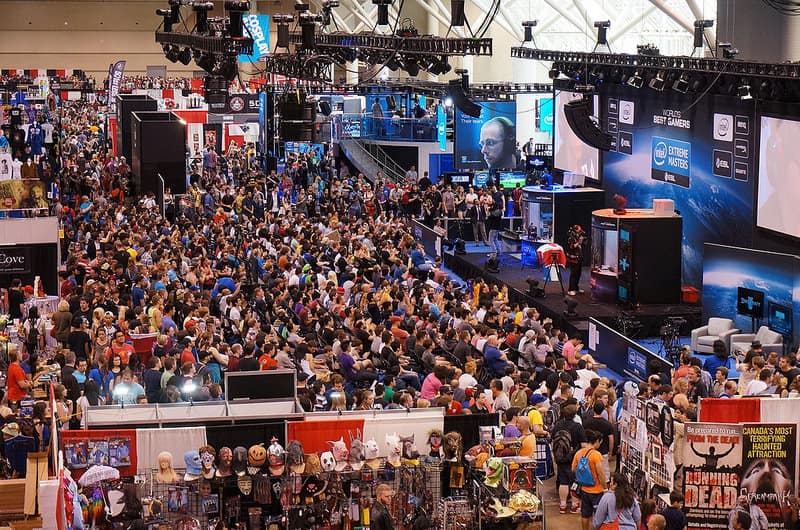 New Possibilities For Players And Brands

Well, as well as stretching itself in any and all directions, esports relies heavily on the right web presentation, and there’s really no better way of making yourself known on the web than a good website, powered by a great domain.

With the dawn of esports, websites become the digital headquarters of your franchise and the place where your fans can gather to find the best and latest information from you. Considering that esports teams and players don’t have their stadiums where fans can take a look at a piece of history, it’s extremely important to have a website that serves as a hub for everything related to the team. 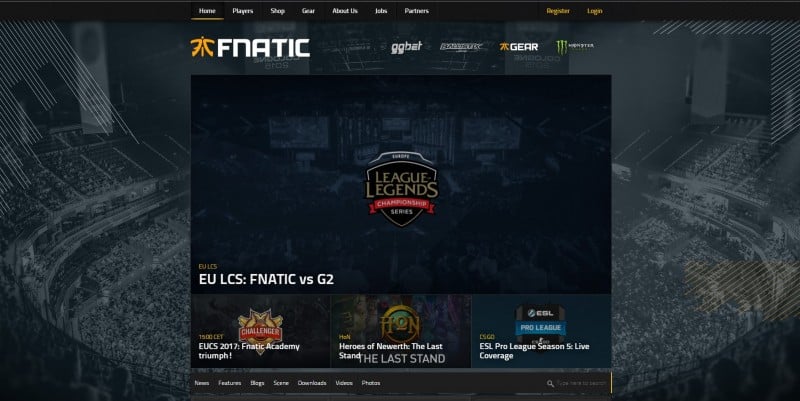 This is especially important if we remember the beginning of our story where we talked about merchandise and other goodies. Teams like Fnatic have become a force in the esports world, and that influence has spread to their own web stores. Fnatic now offers a whole range of branded gaming peripherals like mice and keyboards for sale, designed to power the next generation of professional gamers.

Where do they sell it? On their website, of course.

The websites of gaming teams and organizations are also serving as a way to keep the fans updated on the latest scores, the scene, and making some fan-related content available to the world, like wallpapers and videos. Even though a lot of teams use social media and Twitch, there’s really no way they could be able to reach (and entertain) such large audiences without a central hub for their team on the web.

From Pizza To Credit Cards – Esports Is Universally Loved

Of course, esports players and teams are not the only ones needing a website to keep their esport dreams alive. Numerous brands have used websites to deepen their connection to the fans, from Papa John’s Pizza in 2013 to American Express and other brands. No matter what other trends in social media come to be, a good home on the web can’t be traded for anything. 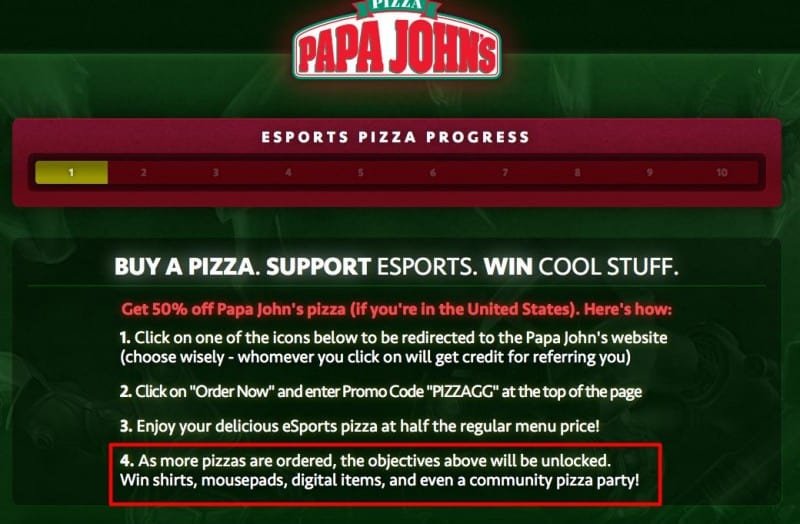 Both web shops and one-page websites are extremely useful in the world of esports, whether you’re an aspiring star that will link all of your accounts in one place or a big esports brand that needs a great home on the web, making a new esports-related website on the .ME domain is a great choice for you. Esports players can benefit from their own websites as aggregators of all of their social media content and streams, as well as making them the hub for their merchandise and other sales needs. It’s really obvious that if you’re interested in esports in any way – you need a website!

We hope you’re now much more educated in esports than you were before our series, and that you’ll seriously consider the benefits of associating your brand with this new great thing, as well as building websites on the .ME domain for all of your esports needs!