There’s been no shortage of gaming content on this blog in the past few years. We’ve written about interesting gaming startups and websites that help you organize practice matches with teams of equal skill, and we’ve written detailed beginner’s guides to the esports and gaming industries, just in case you might want to dive in one of the world’s fastest-growing markets.

But it all started back in 2016 with one of the coolest projects in the CEE region, the Good Game charity esport tournament. We’ve already written about the tournament and all the cool stuff it represents, but I’ve decided that it’s time to revisit the GG project two years later and check up on the things that have happened since the last time we talked with the team.

Good Game is, in essence, a business to business project that aims to connect employees of tech companies through the joy and wonder of gaming. It’s an esport tournament, but it doesn’t revolve around professional teams and players, but rather gives the opportunity for companies to create teams from their own employees and dish it out against other tech companies from the region.

The first Good Game was held in Zagreb in 2016, and the project has come a long way since. You see, what started as an experiment to see whether companies would like to network and compete in games grew to a tournament that has everything you might ask for: good CS:GO, good food and drinks, an indie expo exhibition and smaller tournaments in other games. As far as we can tell, this year’s Good Game will probably be the best that ever was.

Steady Growth Through The Years

Good Game has shown steady growth in the last two years, and that is perhaps best shown through the difference in size between the first and second editions in Zagreb, Croatia. While the first tournament had its share of hiccups, most of them were fixed and improved upon for the second edition of the tournament. This meant that the last year’s edition was held across two days, with more stuff to do and more teams.

Good Game gives the opportunity for companies to create teams from their own employees and dish it out against other tech companies from the region.

One thing did remain the same, though: the winners. The Rimac Automobili team won the tournament for the second year in a row, edging out Nanobit in a thrilling final.

This year, a lot of things changed. To start off easy, Good Game presented itself at the biggest regional gaming trade show, the Reboot InfoGamer with their own booth, thus bringing them closer to the community. That was the first step to building this years’ tournament that is shaping up to be insane by any and all standards. There will be more teams than ever before, competing in the largest venue Good Game has seen. With more than 3000 square meters of space to accommodate teams, spectators and visitors of the expo part, this event will certainly have a lot of space to go around in. 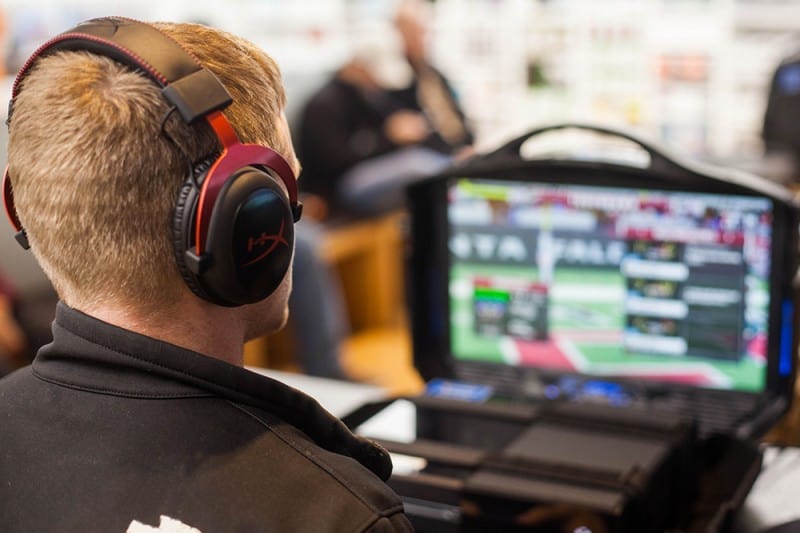 A Little Bit Of Everything – For Everyone

To fill out all the space, the team behind Good Game decided to grow the side tournaments and will present awards and competitions in Rocket League, Overwatch and PES for all of the spectators and visitors – free of charge. The admission fees from this years’ tournament will stop being donations and will instead become investments. This way, the tech community that participates in the Good Game tournament will play an active role in the development of local businesses, instead of just giving money to a certain charity or organization.

The money will be invested in a company that remains to be chosen through an entirely new event planned for the future, where we will see who gets the money to change the world for the better. Good Game also continues the tradition of intro parties, but ups the game by announcing a big closing party for the second day of the tournament.

All things considered, this year will certainly be a turning point for the Good Game project, and we hope that the idea of B2B gaming events spreads out more and begins to be the go-to choice for all companies, not just tech ones.